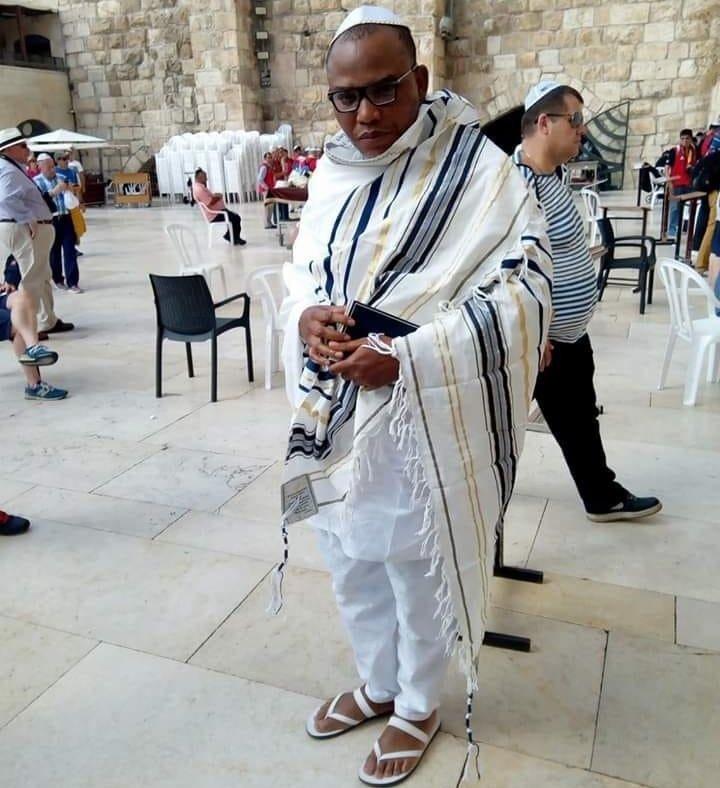 Photo and video of leader of proscribed Indigenous People of Biafra (IPOB), Nnamdi Kanu, has surfaced showing where he is praying in Jerusalem, Israel.

The photos and videos which were shared online by Radio Biafra was a deliberate attempt by Kanu to prove he’s still alive.

At the start of the amateur video, just before he began praying, Kanu asked if he was live.

Kanu went missing in September last year after the military invaded his home in Abia state and there had not been any trace of him until now.

He was declared missing by his community in Abia state, after the alleged “Operation Python Dance II” operation by the Nigerian Army in the South East.

Many relatives of Kanu had also been allegedly declared missing by the Afara community in Umuahia following the invasion of his home by the Nigerian Army.

Kanu is a British-Nigerian political activist. He is a leading member of one of several Biafran separatist organisations, the Indigenous People of Biafra, which advocates a sovereign state for the Igbo speaking people of Nigeria as well as those from the south-south region of Nigeria.

The 51-year old was arrested on treason charges in Lagos on 14 October 2015 and was detained in a Nigerian jail without trial for more than a year-and-a-half, despite various court orders that ruled for his release.

He said in court that he “believes in Judaism” and considers himself a Jew.