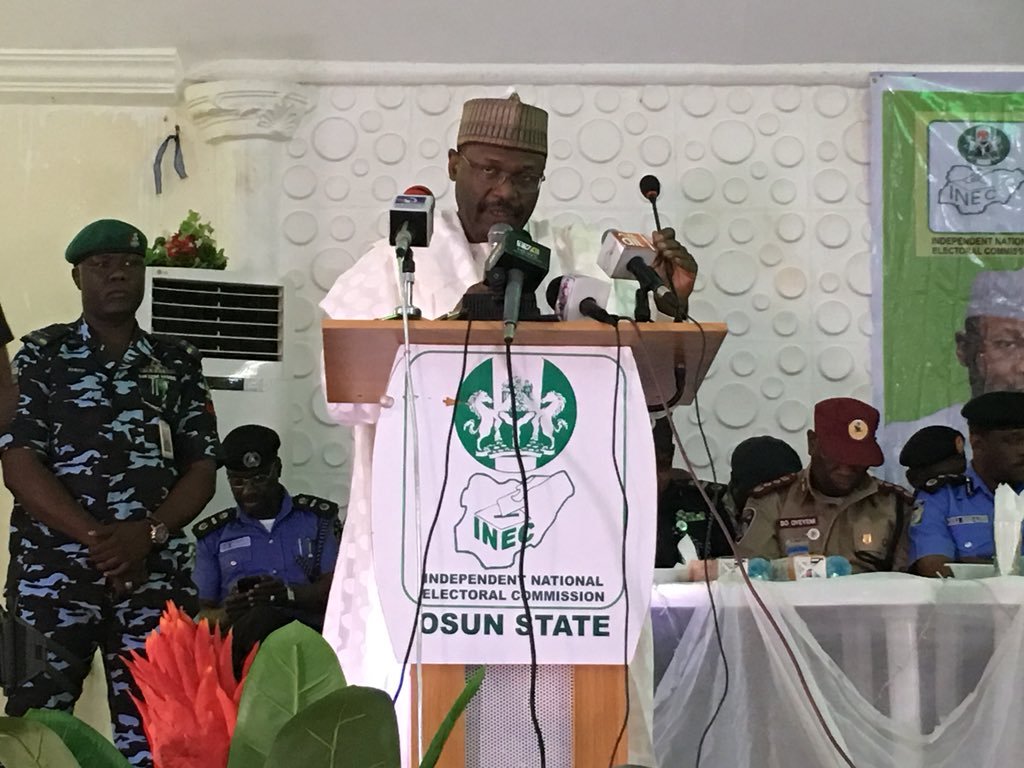 The Independent National Electoral Commission (INEC) says it stands by its statement that the All Progressives Congress (APC) will not field candidates for the 2019 general elections in Zamfara.

INEC Chairman, Prof. Mahmood Yakubu, stated this on the sideline of the opening of a two-day validation workshop titled “Study on the cost of elections in ECOWAS Region” on Monday in Abuja.

“We have issued a statement on Zamfara and nothing has changed. We stand by the statement that we issued,” he said.

Yakubu re-emphasised that the deadline for submission of party candidates’ name to the commission was October 18, saying that it would give a full report on that after November 18.

INEC had informed the ruling APC in a leaked memo that it would not be allowed to field candidates for elective positions in Zamfara in the 2019 elections.

The commission’s acting Secretary, Okechukwe Ndeche, in a letter to the APC said that the party was barred from fielding candidates for governorship, national assembly and state assembly elections.

The commission said this was because APC failed to comply with Sections 87 and 31 of the Electoral Act of 2010.

Parties, according to the act, were expected to comply with the timetable and schedule of INEC, which says that the conduct of primaries must be held between August 18 and October 7.

INEC said it received reports from its Zamfara office, indicating that no primaries were conducted in the state “notwithstanding that our officials were fully mobilised and deployed.”

The APC National Chairman, Adams Oshiomhole responded to INEC in a statement and said that the party had already arrived at a consensus before the deadline.

Oshiomhole said that following the high level of friction, disagreements and threats of violence by various political camps before the primaries, all the aspirants met at City King Hotel, Gusau, to find a truce.

“After hours of intense horse-trading, a consensus was reached within the spirit and context of the electoral act and the constitution of our party.

He said that the claim by INEC that no primaries were conducted could only be referring to its officials’ observation that actual voting did not take place.

The APC chairman said that conduct of primaries was not the only mode prescribed for producing candidates in the electoral act, 2010 (as amended).

The party chairman also noted that PDP had similar issues in Kano State and wondered why INEC did not bar the opposition party from fielding candidates.

Yakubu further said that the commission would by the end of November print the outstanding Permanent Voter Cards (PVCs).

“We are looking at the end of November for all the PVCs to be printed including request for transfer and relocation.

“Let me just repeat the assurance that every citizen that registered and who have applied for transfer or replacement will get his or her PVC before 2019 general elections.”

He, however, said that the commission had stopped every registration, request for transfer and replacement of damaged PVCs.