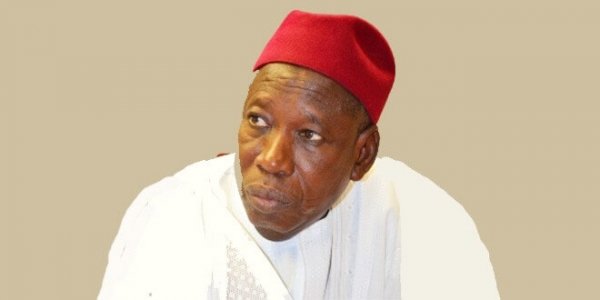 The Kano State House of Assembly has constituted a seven-man committee to investigate video clips of Governor Abdullahi Umar Ganduje allegedly receiving bribe from a contractor.

The committee is headed by Mr. Baffa Babba Danagundi, the majority leader.

Explaining the action of Kano Assembly, Madari noted that the Assembly has the mandate to investigate any matter concerning the state aimed at ensuring peace and harmony.

During plenary, majority leader and head of the seven-man committee, Mr. Danagundi, advised the executive arm of government to halt the filing of a case before a court of law on the alleged video clip by the online medium.

Baffa said the state Assembly has the constitutional mandate to investigate the issue.

The matter was deliberated upon on the floor of the house presided over by the speaker, Kabiru Alhassan Rurum.

Speaking while ruling on the deliberation, Rurum constituted a seven-man committee to investigate the matter and submit its reports within one month.