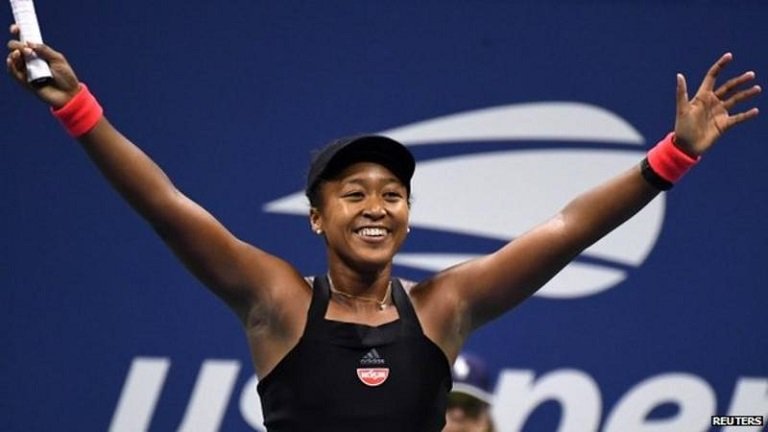 Naomi Osaka has become the first Japanese woman to reach a Grand Slam final after beating American Madison Keys to set up a meeting with Serena Williams at the US Open.

The 20th seed saw off 13 break points and clinically took those which came her way.

13 break points saved…How did you do that?

Asked how she felt during the match, Osaka said: “This is going to sound really bad… but I was just thinking – I really wanted to play Serena. Because she’s Serena.”

Osaka was just one year old when Williams won her first Grand Slam in 1999.

Osaka’s reputation as one of the most talented younger players on the women’s tour has grown on the back of a superb year which saw her win a first WTA title in Indian Wells and then earn a notable win over 36-year-old Williams in Miami a week later.

Now she has another chance to beat Williams after reaching her first Grand Slam final in New York – a city which has personal significance for the world number 20.

After being born in Japan, Osaka moved to New York aged three and spent her formative years there before her family relocated to Florida.

The dual-citizen says going to Japan feels like a “super-awesome vacation” rather than home, but will have the hopes of a nation behind her when she faces her childhood idol Williams.

And it will be a double celebration in the Asian country this weekend if Kei Nishikori beats 13-time Grand Slam champion Novak Djokovic in the men’s semi-finals on Friday.

Keys, seeded 14th, was aiming to reach the final of her home Grand Slam for the second successive year and then go on to avenge last year’s defeat by fellow American Sloane Stephens.

She had her chances against Osaka, but paid the price for not being to convert them.

Partly that was down to Osaka’s fight, partly down to Keys’ own naivety and profligacy at key moments.

Keys was unable to take any of four break points for a 3-1 lead in the first set, Osaka saving the final with a 109mph body serve and then seizing the momentum to break Keys in the next game.

The inability to grasp an early advantage felt costly – and so it proved.

Keys continued to pile pressure on Osaka’s serve, missing two more break points before the Japanese broke to love, then taking her to deuce before Osaka held to win the opener.

It was the same story in the second set.

Keys pushed Osaka to the brink in the second game, missing six more break points in a 12-minute, 22-point battle.

Resilience, belief and composure helped Osaka through those difficult moments and, after seeing off a 13th break point for a 5-3 lead, served out the final game with little difficulty.