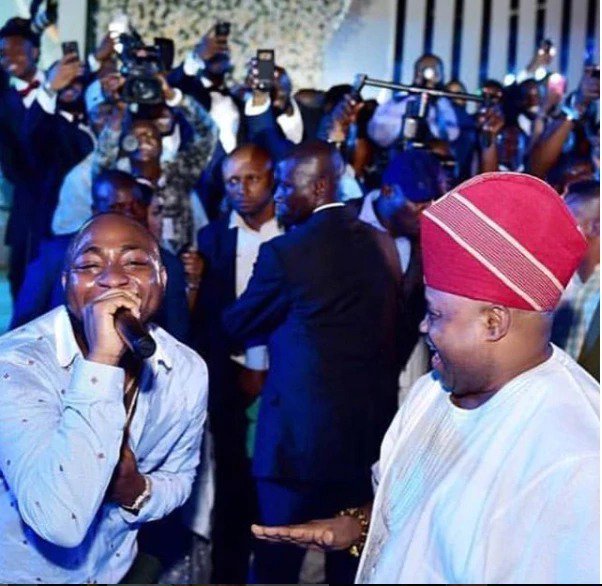 Nigerians have blasted Senator Ademola Adeleke who was conspicuously missing at the #OsunDebate held on 16 September as he reportedly opted for more social options even as candidates advanced their prospect.

Adeleke who is contesting on the platform of Peoples Democratic Party was videoed clubbing with his nephew, Davido, a popular Nigerian musician who had earlier performed at his uncle’s rally.

Dubbed the ‘dancing senator’ Adeleke showed some of his skills as he partied to some of his nephew’s hit songs.

For other candidates it was business as usual as they turned up for the debate.

But it was the absence of Adeleke that riled Nigerians on Twitter, with many describing his absence as ‘disgraceful’.

Faisal tweeted his disappointment. ” It’s a shame that Adeleke refused to take part in #OsunDebate. We know he can dance and we know he’s a white-garment church attending Muslim but we looked forward to knowing what he stands for, his understanding of politics, his vision and mission. Bad. Very bad.”

Favour Onyeoziri was more diplomatic in attacking the senator. “Senator Ademola Adeleke had a golden opportunity to shift the narrative from his dancing antics to what he has to offer as as a politician. Skipping this debate wasn’t the best of decisions.”

Ikechukwu’s position was no different. “How can a governorship candidate not show up for debates ? In my days in university, you can’t win any elective position if don’t show face to present your manifesto. Senator Adeleke is a huge disappointment.”

They should have lied to Ademola Adeleke that it was a dancing competition to trick him to attend the debate. #Osundebate

I think these debates deepen our democratic culture. I’ve heard Adeleke speak, and he’s a talking disaster. I can understand why he would stay away from a televised debate, but I cannot support it.

To those asking where Uncle Adeleke was while others were debating… He has been spotted at a club twerking#OsunDebate pic.twitter.com/wG2qSNsbG6