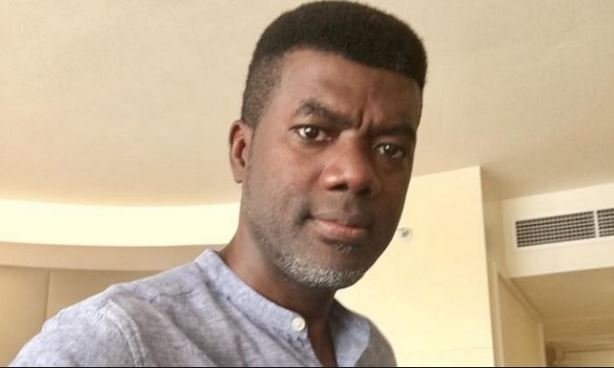 Satan the father of all liars will feel threatened by Reno Omokri’s constant and steady rise in his area of expertise. Omokri has told so many lies that one begins to doubt if he was born Reno Omokri. But Satan can take comfort in the fact that he is crafty and clever while Omokri is dumb and ignorant, he can’t keep up with his strings of lies.

His latest attempt was in a poorly written piece titled “Sadly, Nigeria has a Pinocchio for a vice-president” published online. Omokri, a supposed pastor who was thrown out of Jonathan’s administration tried to malign the personality of Prof Yemi Osinbajo, Nigeria’s Vice President in this recent diatribe.

Many Nigerians cannot readily recall any project that Jonathan started and finished talk less 8956 projects, this is just another bad dream by a drowning man whose followers are fast dwindling because of his Multi-Personality Disorder syndrome.

Since he wants to know the projects initiated, started and completed by the Buhari administration, he will get it.

Then there is the Anchor Borrowers’ Programme which was launched by President Buhari’s administration six months after it was sworn-in. The programme creates a linkage between anchor companies involved in the processing and small holder farmers of required key agricultural commodities.

The programme has increased banks’ financing to the agricultural sector, reduced agricultural commodity importation and reduce level of poverty among smallholder farmers among others. Over 600,000 farmers currently benefit from this scheme.

N-Power is another project that is designed to create employment and empower the youths. N-Power provides an opportunity to achieve inclusion and productivity in Nigeria. N-Power creates jobs and is one of the initiatives of the Social Investment Programme.

The creation of opportunities for youths to leverage innovation in technology through the introduction of the Aso Villa Demo Day (AVDD) through which over N700 million has been disbursed to young entrepreneurs so has the revitalization of the Made-in-Nigeria campaign.

The Buhari administration has improved fertiliser distribution and access across states through the Presidential Fertilizer Initiative. This has increased Nigeria’s production of rice and has not only help us stop importation but has made us potential exporters.

The ongoing Government Enterprise and Empowerment Programme commenced in November 2016 in collaboration with the Bank of Industry, where soft loans ranging from N10, 000 to N100, 000 have been given to over 350,000 market women and traders across different states. These are all collateral-free loans.

Conditional Cash Transfer scheme, under which over 400,000 less privileged Nigerians so far are now being funded with the monthly N5,000.

There’s no gainsaying that electricity generation and distribution has improved greatly. During the Jonathan administration, Nigerians bought generators every year always had at least two because they perpetually had no light but that’s all changed. There is a fair share of electricity for all.

Buhari’s administration commissioned the super fast 187-kilometre Abuja-Kaduna railway and the Abuja metro. Even though Omokri claims his former boss completed both projects we know it’s a BIG FAT LIE.

If he did it would have been in use but that was not the case. There are major infrastructural achievements recorded. The Lagos-Ibadan expressway; Enugu-Onitsha expressway, East-West road, Abuja-Lokoja-Benin expressway, Kano-Maiduguri expressway, Second Niger Bridge, Enugu-Port Harcourt expressway among others.

Another giant stride of the Buhari administration is the creation and successful completion of Modular Refineries. Only recently, a team from the office of the Vice President visited the OPAC refinery site located at Umuseti, Kwale, in Delta State.

Thirty-eight modular refineries were granted licences to operate in the Niger Delta region and at least two will be ready by December 2018.

Feel free to throw in June 12 as the new Democracy Day and as recognition of late Chief MKO Abiola feat during the 1993 general election.

The list of achievements is endless, and I can go on and on. For people like Omokri sowing the seed of discord is what they have been ordained to do. He lives with his family in the United States but will stop at nothing to see Nigeria burn.

It’s important to note that for “End Time” pastor Omokri and his ilk they will stop at nothing to take away peace from Nigeria once they don’t have access to steal our commonwealth.

They will prefer to bring down any government they cannot steal from, and It’s time we ignore this E.T. looking dude and concentrate on more important issues.