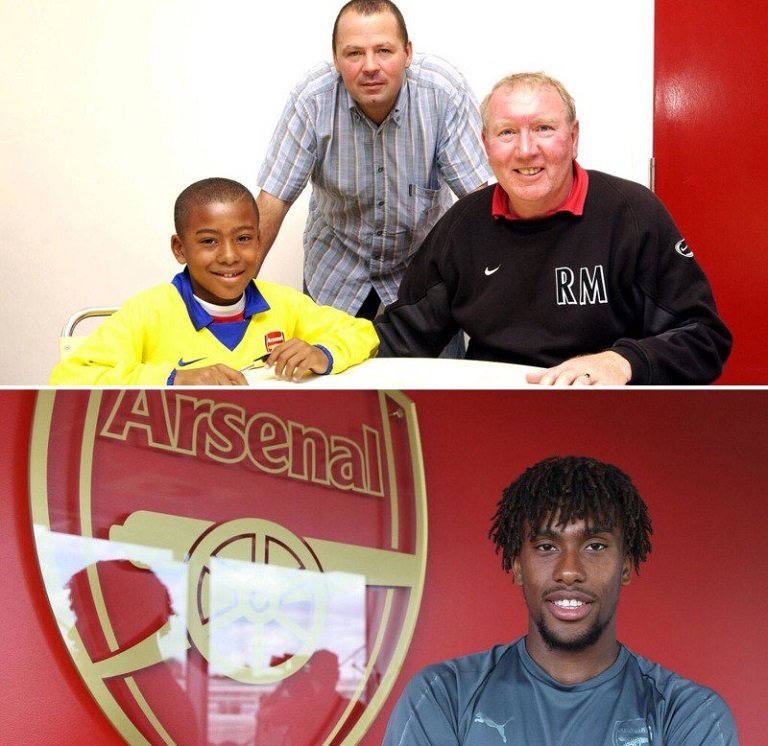 Arsenal midfielder Alex Iwobi has signed a new four-year deal at the north London club to keep him until 2022.

The Nigerian international said after committing his future to the club that, “It has always been my life long dream to represent Arsenal.”

Iwobi joined Arsenal while still at primary school, and was first involved in a first-team match as an unused substitute in a League Cup match against West Bromwich Albion on 25 September 2013.

He signed a new long-term contract with Arsenal in October 2015.

On 27 October 2015, Iwobi made his first-team debut for the club, starting in a 3–0 defeat to Sheffield Wednesday in the Round of 16 of the League Cup.

He made his Premier League debut four days later in a 3–0 win against Swansea City at the Liberty Stadium, as a stoppage time substitute for Mesut Özil.

Iwobi made his Champions League debut as an 85th-minute substitute in a 5–1 defeat against Bayern Munich.

Iwobi started in the first team for the 2015–16 FA Cup 3rd and 4th round home wins against Sunderland and Burnley respectively.

After getting a first Champions League start in a 3–1 away defeat to Barcelona, Iwobi went on to score two goals in his first two Premier League starts in wins against Everton, and Watford, respectively.

In the following season Iwobi changed his squad number from 45 to 17. This was due to Chilean forward Alexis Sánchez taking up the newly vacated number 7 from the departing Tomas Rosicky.

Iwobi went on to feature throughout Arsenal’s victorious FA Cup campaign of 2016–17. As so he earned a winners medal as being part of the squad that beat Chelsea by 2 goals to 1 in the final of such.

He achieved further success with Arsenal in the 2017 Community Shield, in which Arsenal beat Chelsea on penalties.

In January 2018 a video allegedly showing Iwobi at a late-night party the day before a match was released.

It’s time for a Nigeria summer vacation by Madame Olieh