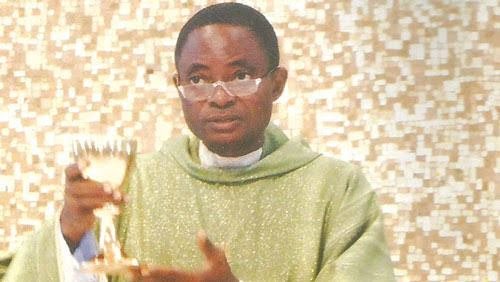 The convicts are Suleiman Goma and Haruna Idi who were slammed with a six count charges.

The court says the convicts conspired and kidnapped Adeiyi, on April 26th, 2016 and took him to Okungaga forest in Okpokwu area of the state where they demanded N2 million and eventually killed him after collecting a ransom of N1.5 million.

The trial judge, Justice Andover Kakaan, said three guns including two pistols and a dane-gun as well as charms were recovered from the convicts in the forest where they committed the crime.

Justice Kakaan said that one of the two convicts in his statement which was tendered in court admitted that he bought the pistol for the purpose of committing armed robbery and kidnapping.

Justice Kakaan while delivering his judgement advised youths to desist from criminal act and engage in useful ventures.

Reports say that decayed body of the priests was found behind the local government council secretariat, Obu Otukpa.