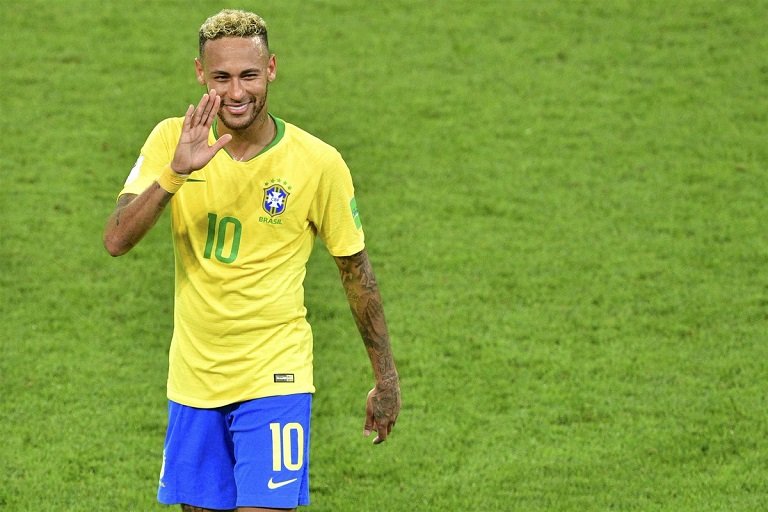 Neymar scored one goal and played a key role in the second as Brazil edged out Mexico in Samara to reach the World Cup quarter-finals for a seventh consecutive time.

Brazil did not have it all their own way, especially in an opening period dominated by Mexico, but the five-time winners grew into what became a controlled performance.

It means Mexico are once again eliminated at the last-16 stage – as they have been at every World Cup since 1994.

They did have plenty of chances early on, and it was only after a largely frustrating first half for Brazil that Neymar started the move to put his side ahead.

His run across goal and clever backheel won Willian space, and the Chelsea midfielder only needed two touches to drive into box and lay the ball across for the world’s most expensive player to slide home.

It was Brazil’s 227th goal at the World Cup, meaning they overtake Germany as the all-time top scorers.

Just moments earlier, Mexico’s Jesus Gallardo wasted a brilliant chance when he shot wildly over the crossbar instead of playing in Hirving Lozano.

For much of the second half, Mexico’s bright start was just a memory, but Carlos Vela forced a save from Brazil goalkeeper Alisson with his side’s first shot on target not long after going behind.

In the match’s closing stages they rallied once more, but Brazil defended stoically before doubling their lead on the break through a Roberto Firmino tap-in after Neymar’s effort was diverted by the toe of Mexico goalkeeper Guillermo Ochoa.

Brazil will face Belgium or Japan – who meet in Rostov-on-Don in the day’s second match (19:00 BST) – in their last-eight tie in Kazan on Friday.

But they will be without Real Madrid midfielder Casemiro, who will be suspended after being shown his second yellow card of the tournament.

Given his contribution, Neymar should have garnered only positive headlines, but he was the centre of attention for the wrong reasons too after overreacting to a challenge from Miguel Layun in the closing stages.

The Mexico full-back appeared to press his studs against Neymar’s ankle as he retrieved the ball from between the Brazilian’s legs.

Neymar, who was sitting down, writhed around in apparent agony before getting up to carry on without any issue.

“He is one of the world’s greatest players but when he rolls about on the floor, I just don’t get it. Come on young man you’re better than that, get on with the game.”

Related Topics:BrazilMexicoNeymarRoberto Firmino
Up Next