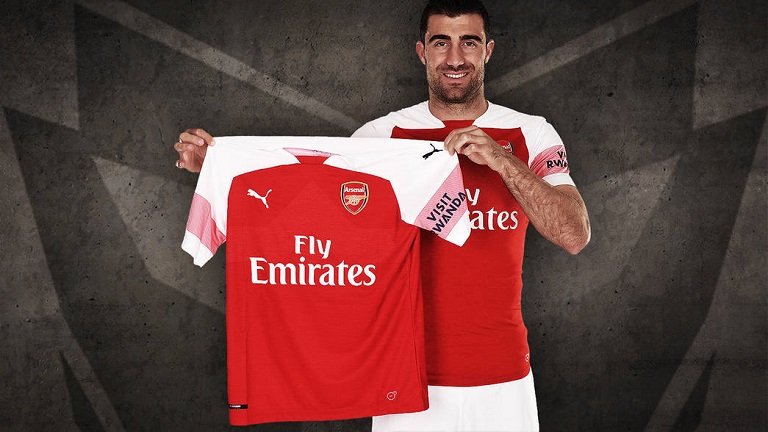 New Arsenal defender Sokratis Papastathopoulos said he was joining “one of the three biggest teams in the Premier League” as he joined the club from Borussia Dortmund.

The Greece international, 30, joined for an undisclosed fee for what the Gunners describe as a “long-term” deal.

Prior to making 186 appearances for Dortmund he played for Werder Bremen, Genoa and AC Milan.

“I feel very good, everything is special,” Papastathopoulos said.

He told Arsenal’s website: “It is a beautiful moment and I am very happy that for the next years I will be here. Arsenal are one of the three biggest teams in the Premier League.

“I’m a normal defender. I like to defend. I like that my team doesn’t take goals. I like a zero in the defence and I will do everything to help to achieve this goal.”

Papastathopoulos, who has 79 caps, will wear the number five shirt for the Gunners.

He becomes Arsenal manager Unai Emery’s third signing since taking over from Arsene Wenger in May.

The Gunners have already signed defender Stephan Lichtsteiner on a free transfer from Italian champions Juventus, while Germany goalkeeper Bernd Leno has agreed to join from Bayer Leverkusen.

“They called me not every day but a lot of times telling me to come here,” he said.

Belgium into quarters with breathtaking comeback against Japan