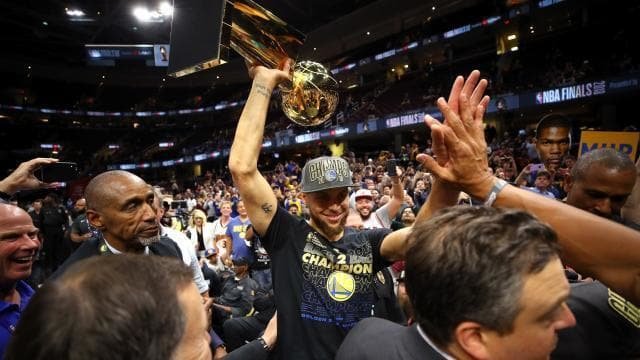 Steph Curry led the Warriors to another #NBAFinals victory

The Golden State Warriors won Game 4 of the NBA Finals finishing the Finals 4-0 against Cleveland Cavaliers and are the 2018 NBA Champions.

Durant was named the Finals Most Valuable Player particularly because of his spectacular display in Game 3.

LeBron James finished with 23 points and 8 assists. After Game 4, it was revealed that James has been playing with a significant right hand injury that he suffered punching a blackboard after Game 1.

The Warriors broke out the brooms. pic.twitter.com/mZzWqVgiLF

Not a care in the world pic.twitter.com/9wRftiqLiY

Only players to have 4 scoring titles and multiple Finals MVPs:

Nigeria to raise N400bn from asset sales this year – BPE

Obasanjo accuses Buhari of plotting to arrest him on trump charges