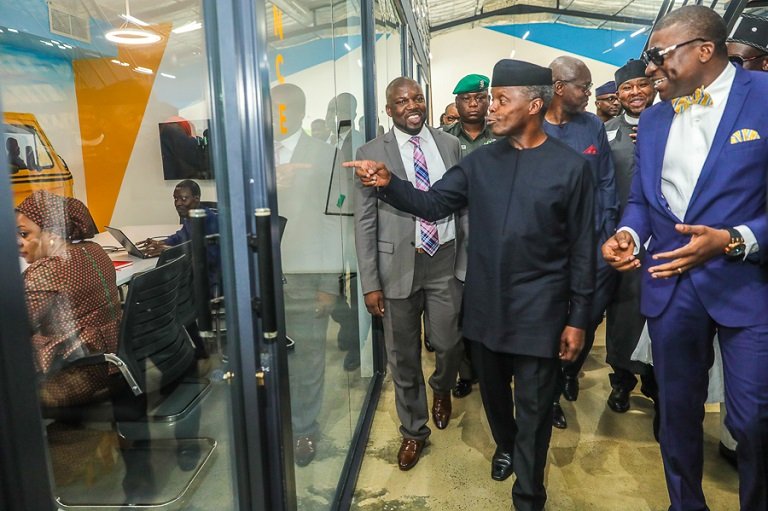 It’s 2030 and the number of users on Nigeria-owned social media platform, Tanmo, just hit over 500 million users. Its gaining grounds quicker than any other medium across the continent because of its African appeal. The medium which allows users to connect socially, market their businesses and advertise has been dubbed the African Facebook.

For youths in their 20s Nigeria is the country to be, they are showing off the latest tech gadgets and concepts all designed and produced by Nigerians. Some are thinking to themselves what would they have done without technology.

It’s the same story for the government of the day, it is also heavily banking on the income from technology as it continues to export some of Nigeria’s tech-inspired products to the world. Not many of these kids know that Nigeria used to be once reliant on agriculture and very heavily reliant on crude oil.

For students of history, they wonder how did it all change, when did Nigeria get the leading to divest its economy and why technology.

It started in 2015 when President Muhammadu Buhari and Vice President Yemi Osinbajo were elected. The dynamic duo knew that Nigeria needed to change gear especially on its reliance on crude oil.

The international price of crude oil had crashed from over $100 and was oscillating between $40 and $60, figures that were not enough for Nigeria heal its haemorrhaging economy. To champion a new direction, Prof Osinbajo led a very vibrant and roboust campaign on tech and entrepreneurs.

He noted that the South South Innovation Hub is meant to find workable solutions to the challenges in Tourism, Education, The Environment and Oil & Gas, while the South East and North Central Innovation Hub is tailored towards solving problems associate with commerce, finance, governance and agriculture.

“The focus is to use these hubs to fix problems that are peculiar to each of the six geo-political zones of the country and to ensure their sustainability the federal government is partnering with the private sector. The Innovation Hubs are tailored to meet the peculiar needs of each geo-political zone,” he said.

Days later, he was in Benin City, capital of Edo state where he commissioned the first Benin Innovation Hub that will host over 25 Information and Communication Technology (ICT) companies for training of people and residents of the state on various ICT-based skills.

He has also visited loads of hubs in Lagos and Abuja. On 23 June 2018, he inaugurated a large tech hub, which he said could drive Nigeria’s technology growth and export of innovations.

At the launch, Osinbajo predicted the future of tech. “It is about technology, it is about innovations, and tech innovation is all about highly skilled people, entrepreneurship spirit and a supporting ecosystem of government, investors, mentors and global collaboration.

“In the past, Nigeria billionaires were traders, oil and gas moguls; in the next few years, billionaires from Nigeria will be techies,” he said.

“This government is taking this phenomenon seriously, demonstrated by our innovation hub plans and ease of doing business initiative,” he explained.

Aware of the fact that Nigerian youths have big ideas but little capital, Osinbajo revealed the soothing arrangement of the government. “On the part of government, we are putting our money where our mouth is. We believe it is our role to provide the environment where innovation can thrive, so, we are including technology start-ups and businesses in our list of businesses eligible for pioneer status and that means tax holidays.

“Also both the Central Bank and the Bank of Industry are working on intervention funds and loans for technology start-ups, while we have till date opened about three state-of-the art technology hubs. These are government-supported technology hubs.”

Like any progressive government, Osinbajo has noted that government will act as a regulatory mechanism. He said that Nigeria will create an Innovation and Technology Advisory Council to harness and support the creativity and innovative ingenuity of young Nigerians and drive the growth of the sector in the country.

“Already, we have an Industrial and Competitiveness Council. But what we want to look at is doing one for technology and one for innovation as well so that we bring in some of the key players and thinkers around technology, working with the government and working with government officials to develop policy and to develop all of the various ways by which we can help them to what they are doing better.”