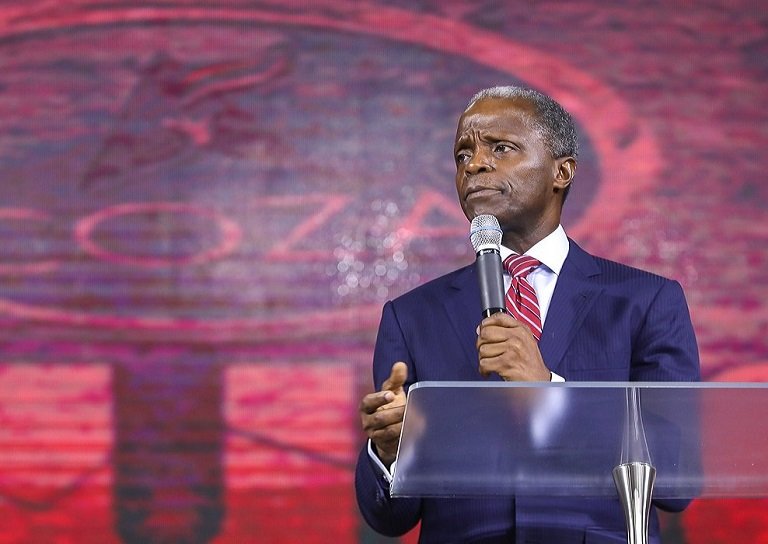 Vice President Yemi Osinbajo has explained that the Federal Government is actively supporting private investors in the power sector, and continuously working to ensure the business environment is conducive for businesses to thrive in the country.

He said this at a media chat with journalists, after a tour of the Azura Power Plant near Benin City, on day two of his working visit to Edo State.

Prof Osinbajo stated that the additional 460MW to the National Grid has greatly improved the power situation in the country, while applauding the quality of the power plant. He commended the commitment of the operators in driving the project to conclusion ahead of schedule.

While briefing journalists, he added that “as you can see for yourselves, it is an excellent and wonderful project, which demonstrates the capacity of Nigerian engineering and enterprise.”

He mentioned government’s readiness to “provide support that we can, ensuring the environment is right for those who want to invest in the power sector”. He further added that government would expect “Azura itself, to increase its capacity as time goes on, and then of course, we would see others who would come as well.”

He commended Governor Godwin Obaseki, for the other various projects his administration has undertaken, including the commissioning of the 1,600 units of housing, the governor’s collaboration with Federal Government in ensuring the launch of the South-south Innovation Hub, amongst others.

Similarly, the Vice President added his visit involved seeing the beneficiaries of the different Social Investment Programmes of the Federal Government.

In rounding off his visit, Vice President Osinbajo paid a courtesy call on the Oba of Benin, Omo N’Oba N’Edo Uku Akpolokpolo. The Oba in his response praised the VP saying “he is doing extremely very well.”

The Oba also asked VP Osinbajo to extend appreciation to President Buhari, for declaring June 12 as Democracy Day and for honoring the winner of the 1993 presidential election, Chief MKO Abiola.