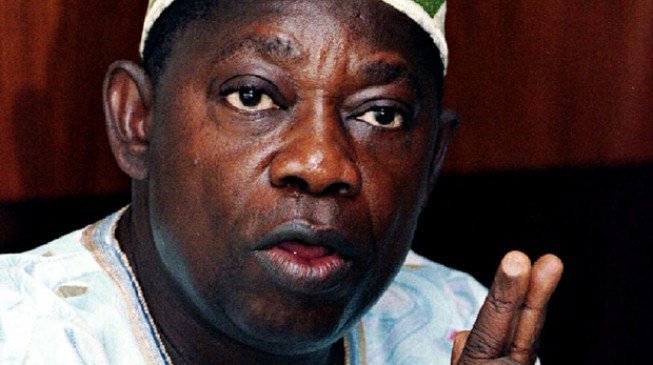 Late MKO Abiola won the June 12 election in 1993 and it was described as the freest and fairest in Nigeria’s history. It will now be remembered as Democracy Day

The election, adjudged to be the freest and fairest up till that year, in Nigeria’s history was annulled by the military junta headed by Ibrahim Babangida, plunging Nigeria into a five-year political crisis. Abiola died in 1998 and General Sani Abacha, who was one of the beneficiaries of the annulment, died some weeks before him.

President Buhari said Abiola’s running mate, Ambassador Babagana Kingibe will also be honoured with Grand Commander of the Order of the Niger, the second highest honour. And so will Chief Gani Fawehinmi, the indefatigable lawyer and senior advocate who campaigned for the actualisation of June 12 up till Abiola’s death in 1998. The event will hold on June 12.

From 2019, June 12 will now replace 29 May, the day the military handed over to civilians in 1999 as Nigeria’s democracy day. And it means that the rest of Nigeria will join states in the South West to celebrate the day.

South West Nigeria since 1999 has been observing June 12 as Democracy Day but failed to convince their son, former President Olusegun Obasanjo to accord the date national recognition, when he ruled from 1999-2007

President Buhari said he decided to honour Abiola and the immortal date after consultations with Nigerians.

“In the view of Nigerians, as shared by this Administration, June 12, 1993 was and is far more symbolic of Democracy in the Nigerian context than May 29, or even October 1”, President Buhari said.

In a statement signed by Buhari, he said: “For the past 18 years, Nigerians have been celebrating May 29 as Democracy Day. That was the date when for the second time in our history, an elected civilian administration took over from a military government.

“The first time this happened was on October 21st, 1979. But in the view of Nigerians, as shared by this administration, June 12th, 1993, was far more symbolic of Democracy in the Nigerian context than May 29th or even the October 1.

“June 12 th, 1993 was the day when Nigerians in millions expressed their democratic will in what was undisputedly the freest, fairest and most peaceful elections since our Independence.

“The fact that the outcome of that election was not upheld by the then military Government does not distract from the democratic credentials of that process.

“His running mate as Vice President, Amb. Baba Gana Kingibe, is also to be invested with a GCON.

“Furthermore, the tireless fighter for human rights and the actualization of the June 12 elections and indeed for Democracy in general, the late Chief Gani Fawehinmi SAN is to be awarded the GCON.

“The investiture will take place on Tuesday June 12, 2018, a date which in future years will replace May 29 as a National Public Holiday in celebration of Nigeria Democracy Day.’’