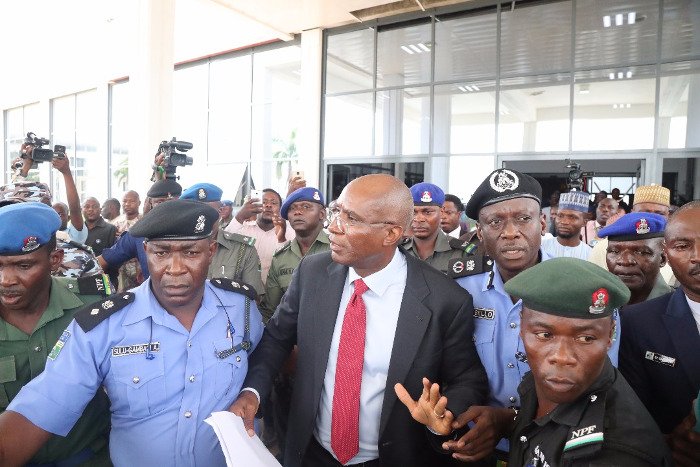 Senator Ovie Omo-Agege won his suit against the Nigerian Senate

The Senate has appealed the nullification of the suspension of Senator Ovie Omo-Agege by the Federal High Court in Abuja on Thursday.

The Senate and the Senate President Dr Bukola Saraki who is the second defendant in the case, also filed for a stay of execution of the nullification of the suspension.

According to the upper legislative chamber, the Senate and the Senate President have promptly filed a Notice of Appeal and a Motion for Stay of Execution of the same Judgement on the 10th of May, 2018.

Earlier on Thursday, the Federal High Court in Abuja nullified the suspension of Senator Ovie Omo-Agege and declared it illegal. The court however also ruled that the Senate had the power to punish its members.

The senator representing All Progressives Congress (APC) in Delta was suspended by the senate because he openly criticized the amendment of election sequence carried out by the senate.

Omo-Agege had accused the Senate of targeting President Muhammadu Buhari with the Electoral Act Amendment, especially that aspect that deals with modification of election sequence.

Omo-Agege who was referred to the Senate Committee on Ethics, Privileges and Public Petitions for investigations of comments attributed to him, sued the senate asking the court to stop the committee from investigating him.

Following the suit, the committee recommended that the senator be suspended and he was therefore suspended for 90 legislative days.

Nigeria second most brutal for attacks on schools