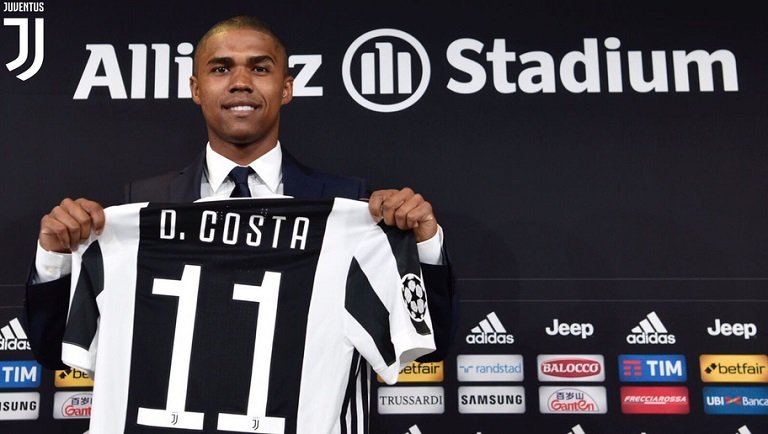 Liverpool midfielder Emre Can, 24, will sign for Juventus by the end of the month, with the Italian giants’ chief executive Giuseppe Marotta saying he expects to wrap up a deal for the German international “within 10 days”. (Gazzetta dello Sport – in Italian)

Manchester United are willing to pay the £79m required to sign winger Douglas Costa from Bayern Munich. The 27-year-old Brazilian was on loan at Juventus last season and the Italian giants have the option to sign him permanently. (Sun)

Elsewhere, United are unsure if they will pursue Lazio midfielder Sergej Milinkovic-Savic after the Italian club put a £87.5m price tag on the 23-year-old Serbia international. (Mail)

Manchester City are preparing a £52m bid for Napoli midfielder Jorginho. The 26-year-old Italian international has long been on Pep Guardiola’s radar as he searches for a new central midfielder. (Calciomercato via Talksport)

Victor Wanyama has ruled out a move away from Tottenham this summer. The 26-year-old Kenyan midfielder made just eight league starts for Spurs last season. (Evening Standard)

Arsenal are interested in bringing Roma midfielder Lorenzo Pellegrini to Emirates Stadium. The 21-year-old Italian is also a target for Juventus. (Sky Sports)

Lyon’s French midfielder Nabil Fekir, 24, has refused to rule out a move to Liverpool this summer. (RTL via Liverpool Echo)

The Reds hope to seal a £60m move for Fekir after the Champions League final. (Mirror)

Striker Jonathan Walters says he could leave Burnley this summer in a bid to secure regular football. The Republic of Ireland international, 34, has not played a competitive game since January. (Lancashire Telegraph)

Meanwhile, former Hammers boss Slaven Bilic is in line to become the new manager of China’s national side. (Sun)

Liverpool midfielder James Milner, 32, says he only talks to his children in Spanish after learning the language himself in order to speak with former Manchester City team-mates David Silva and Pablo Zabaleta. (Times – subscription required)

Former Chelsea midfielder Frank Lampard has held talks with Derby County about becoming their new manager. Lampard, 39, is no longer in the running to take charge of Ipswich Town. (Mirror)

Sadio Mane buys 300 Liverpool shirts for his village in Senegal