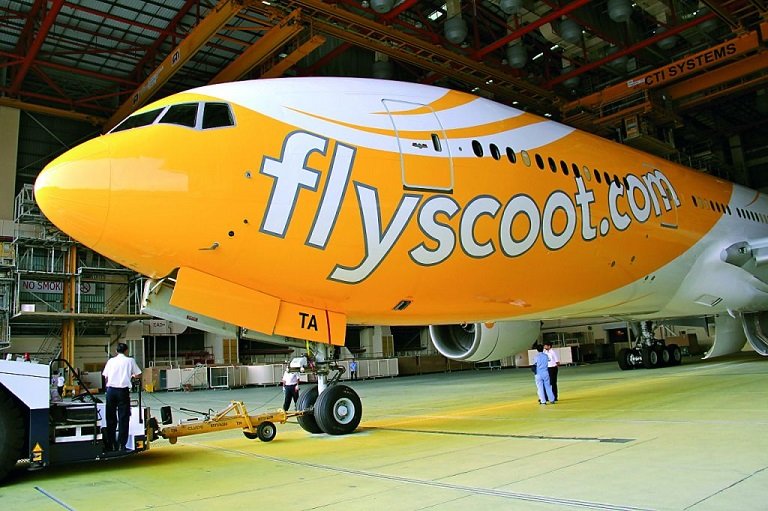 Scoot airline is one of the budget carriers that fly the busiet international air route, Singapore-Kuala Lumpur

A flight linking Singapore and the Malaysian capital Kuala Lumpur has become the busiest international route in the world, research shows.

Planes made 30,537 trips between the two airports in the year to February 2018, OAG Aviation said.

The route overtook Hong Kong-Taipei in a list dominated by Asian destinations.

Flying between Singapore and Kuala Lumpur takes about an hour, and there are plans to build a high-speed rail link between the two.

The figures mean an average of 84 flights per day plied the route.

The route is operated by a host of budget carriers such as Scoot, Jetstar, Air Asia and Malindo Air as well as the two country’s flagship carriers Singapore Airlines and Malaysia Airlines.

OAG’s report found that the busiest international route outside of Asia was between New York’s LaGuardia airport and Toronto Pearson – a route which saw about 16,956 flights over the period.

In terms of passenger numbers the flight between Hong Kong and the Taiwanese capital remains the busiest with 6.5 million passengers on the route.

However even the busiest international routes cannot compete with the most popular domestic air journeys.

The world’s busiest flight path is between the South Korean capital, Seoul, and the country’s popular holiday island of Jeju.