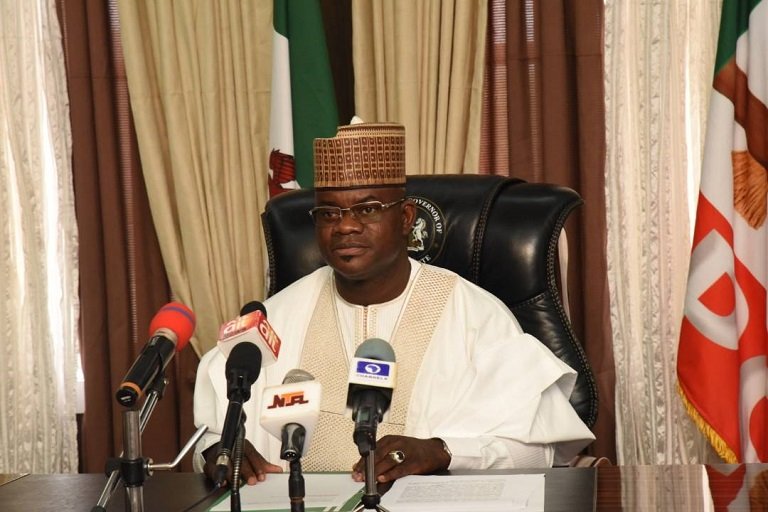 Governor Yahaya Bello of Kogi State is not hospitalised or incapacitated

Kogi State Government has dismissed rumours that Governor Yahaya Bello is incapacitated or being hospitalised, stressing that, he is well.

In a statement by Kingsley Fanwo, Director General, Media and Publicity, Office of the Governor, Kogi State the governor only injured his foot but is doing fine.

“We wish to refute speculations in some quarters that the Governor of Kogi State, His Excellency, Alhaji Yahaya Bello, is either hospitalised or otherwise incapacitated,” he said.

Noting that, “The Governor missed his footing last Friday March 30, 2018 while alighting from a vehicle and injured his left foot.

“He was treated by his doctors, who bandaged the leg and discharged him.”

Fanwo said people have called to check on the governor’s wellbeing. “We thank all the Governor’s supporters and well-wishers who reached us to inquire after his wellbeing.

“His Excellency is doing very well and will be at work as usual after the Easter holidays,” he said.

“Once again, the Governor sends his best wishes to Kogites for the Easter Season and beyond.”

Winnie Mandela will be given state funeral – President Ramaphosa