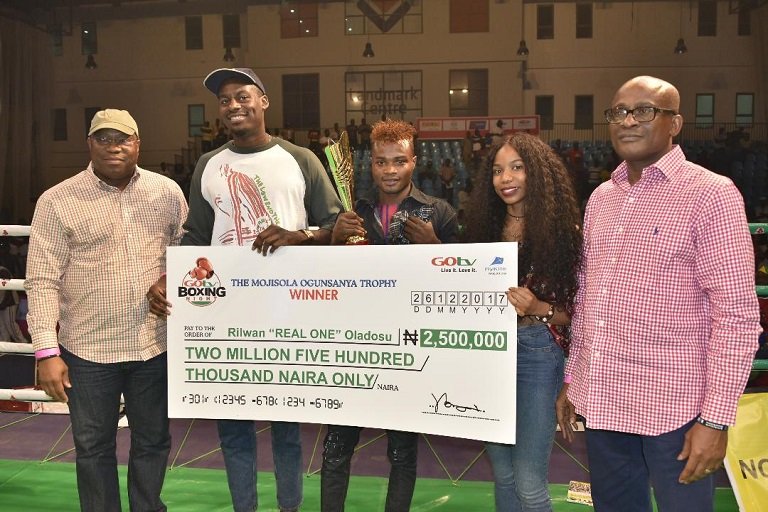 The event, which will feature seven bouts, will see the best boxer go home with a cash prize of N1million in addition to his fight purse.

Fresh-faced Rilwan “Baby Face” Babatunde will confront Djossou Agoy Basile of the Republic of Benin for the West African Boxing Union (WABU) welterweight title, while Rilwan “Real One” Oladosu will attempt to win the national lightweight title when he goes up against Kehinde “Ijoba” Badmus.

Abiodun “Finito” Afini is lined up to test his mettle against Razak “Hyena” Ramon in the cruiserweight division, while Chukwuebuka “Wise King” Ezewudo will engage Semiu “Jagaban” Olapade.

The event will be aired live on SuperSport in 47 African countries.