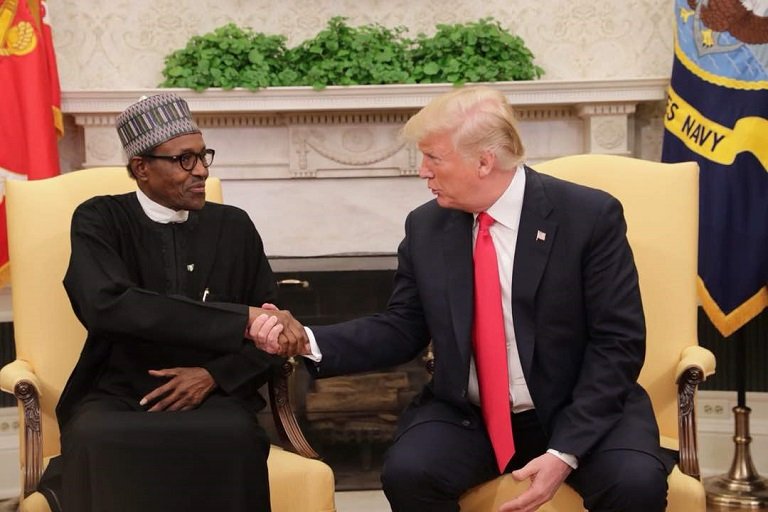 President Donald Trump is refusing to apologize for his inflammatory rhetoric on immigration even if it impacts the legal fortune of his travel ban.

The president said Monday, while at a White House news conference alongside President Muhammadu Buhari of Nigeria, that he had nothing for which to apologize.

He also said he did not believe it would make any difference. The latest iteration of his travel ban is currently being considered by the Supreme Court.

Trump also said his administration was monitoring the progress of a caravan of migrants making its way north through Latin America toward the United States.

He declined to say how many of the migrants should be admitted to the US but bemoaned the nation’s immigration laws as “the worst.”

Nigeria is one of America’s largest trading partners in the region. Trump says the U.S. is having conversations with Nigeria about removing trade barriers.

Trump says the U.S. will invest “substantially” in Nigeria if Buhari can create a level playing field.

He commented at a joint White House news conference with Buhari after they met Monday at the White House.

Buhari said the US and Nigerian delegations discussed security, trade, government and human rights, among other topics.

US not cooperating with Canada in rejecting asylum seekers