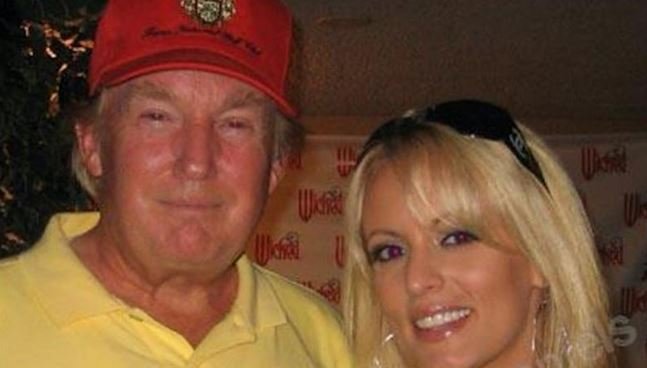 President Donald Trump denies having an affair with Stormy Daniels but paid her $130,000 through his personal lawyer, Michael Cohen

Daniels, whose real name is Stephanie Clifford, claims she had a sexual encounter with Trump in 2006 and was warned by an unidentified man to keep quiet about it five years later, after she gave an interview to a gossip magazine.

Earlier this month, Clifford worked with a forensic artist to create a sketch of the man she says accosted her in a Las Vegas parking lot, told her “Leave Trump alone. Forget the story,” and ominously suggested something bad could happen to her.

A sketch years later about a nonexistent man. A total con job, playing the Fake News Media for Fools (but they know it)! https://t.co/9Is7mHBFda

“A sketch years later about a nonexistent man,” Trump’s post said. “A total con job, playing the Fake News Media for Fools (but they know it)!”

The suit alleges Trump’s comment amounts to an accusation that Clifford fabricated the threat and exposed her to ridicule and violent threats.

“Mr. Trump used his national and international audience of millions of people to make a false factual statement to denigrate and attack Ms. Clifford,” the complaint says.

Trump’s attorney had no immediate comment on the defamation claim.