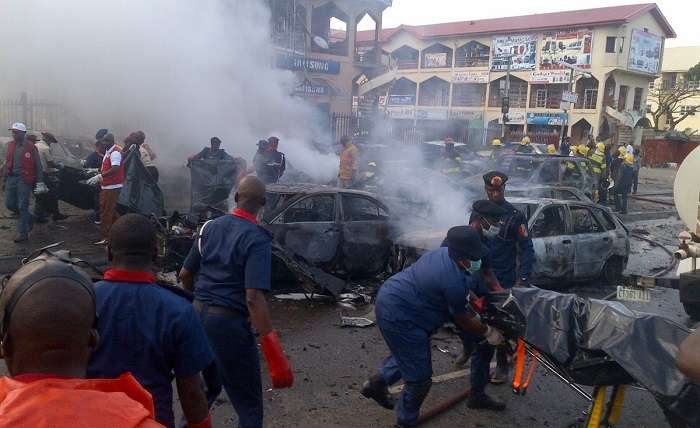 No fewer than four persons were killed and eight others wounded in a suicide bomb attack on Sunday at a mosque in Bama Local Government Area of Borno.

The attack came barely four weeks after thousands of displaced persons were resettled in the community.

The Chairman of the Council, Mr Baba-Shehu Gulumba, confirmed the incident to NAN that four persons were killed in the early morning attack.

He explained that the incident occurred at about 5: 00 am, when Muslims faithful gathered for early morning prayers.

Gulumba said that three persons died on the spot while one other died later at the Specialist Hospital, Maiduguri, adding that the wounded persons were also referred to the hospital for treatment.

The chairman noted that the state government, in collaboration with the military, police and other security agencies had deployed personnel and constructed trenches to fortify security in the town.

He said: “We restricted movement from 6 : 30 pm in the town and called on people to abide by the restriction order”.

Gulumba stressed the readiness of the government to continue with the resettlement exercise, noting that the attack would not affect its implementation.

Nigeria borrows $300m from Islamic Bank, others to combat malaria