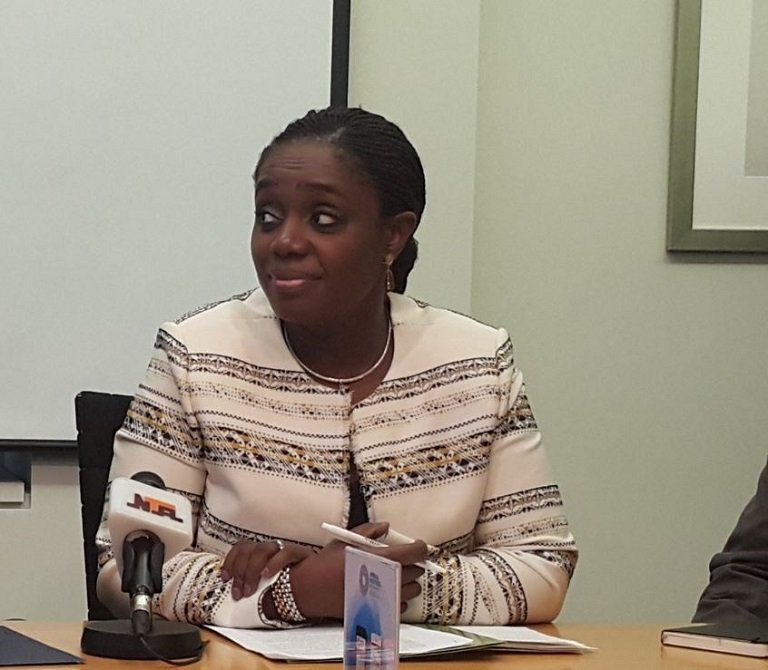 Finance Minister, Mrs. Kemi Adeosun, has explained that the Voluntary Assets and Income Declaration Scheme (VAIDS) is underpinned by the existing tax laws in the country.

She gave the explanation on Thursday evening while speaking on Channels Television’s Core programme.

According to the minister, VAIDS is a tax amnesty scheme, which offers people with tax compliance issues the chance to declare honestly in exchange for waivers such as tax audit, interests on owed taxes and freedom prosecution.

“In terms of the legal underpinning, we have not passed any new law. The law has always been there and what we are doing is to recognise the extent of the non-compliance.

“The extent of the non-compliance is so huge that the best thing to do is to allow people to come and regularise.

“When you have a Tax-to GDP ratio of six per cent, it is not because you don’t have tax laws, it’s because people are not complying and there has been no consequence for not complying in the past,” explained the minister.

She added that the best remedy for non-compliance is to allow people to voluntary declare.

“So the legal underpinnings are the existing tax laws such as Personal Income Tax Act, Company Income Tax Act, VAT Act and then supplemented with an Executive Order that gave us authority to waive interest and penalties.

“We needed the Executive Order to enable us to waive the penalties since they are prescribed by law,” said Mrs. Adeosun.

She explained that VAIDS is distinct and conceived to rescue the country from the near-total dependence on oil revenues. Mrs. Adeosun said the Federal Government, over the last two years, which took in the dip in oil prices and recession, had to borrow money.

“We had challenges and many states couldn’t pay salaries. It was a wake-up call for everybody that we can’t rely on oil anymore and we did the analysis of our economy and we said: ‘Look, oil is only nine per cent of our economy’.

“What about that remaining 91 per cent? What is it contributing? Why is our tax revenue so low? So, that was the prompting. The other issue is that data was going to be available under the Automatic Exchange of Information and BVN and suddenly we could see taxpayers more clearly,” she stated.

In the past, the minister said, the tendency for most people was not to declare at all or under-declaring because the government had no means of checking. This can no longer happen because of the availability of data from many sources.

“We resolved to take a different approach. We resolved to first get the data, which led the Federal and state governments to collaborate.

“Let’s get the data from international sources and put it together and let’s take an asset-based approach. That’s the really big difference.

“We are not asking how much anyone earns, but asking how people fund their assets. And if anyone is unable to explain his or her lifestyle, then there is need to regularize,” she said.