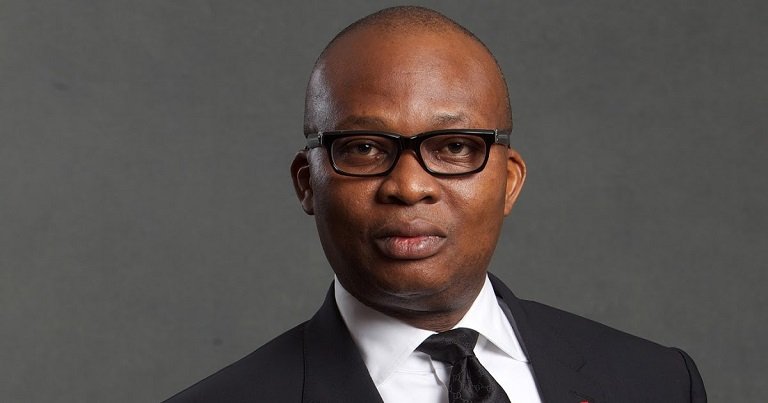 UBA GMD/CEO, Kennedy Uzoka says the bank’s strong performance underlines the success of its strategy to expand across Africa

United Bank for Africa Plc has announced its audited results for the financial year ended December 31, 2017, showing significant growth in the contribution and market share from its pan-African subsidiaries, among other positive trends in the financial performance.

The pan-African financial institution’s audited results showed that gross earnings grew substantially to N462 billion, up by 20 percent from N314 billion recorded in the corresponding period of 2017.

The Bank’s subsidiaries outside Nigeria contributed a third of the Group’s top-line and 45% of the profit for the year, a remarkable improvement from 31 percent contribution made by the ex-Nigeria offices in 2016. This, according to market analysts affirms the success of the Bank’s expansion strategy, with target of 50 percent contributions by 2020.

The Bank’s Operating Income grew to N326.6 billion, a 20.6 percent increase compared to N270.9 billion recorded in 2016. This, according to analysts, affirms the capacity of the Group to deliver strong performance through varying economic cycles and challenging business environment.

UBA has sustained strong performance and growth across Africa

Subject to the approvals of the shareholders, the Board of UBA Plc proposed a final dividend of 65 kobo per every share of 50 kobo each.

Commenting on the result, Kennedy Uzoka, the GMD/CEO, said: “the results, underlines the success of our strategy of expanding across Africa, diversifying revenues and capturing the broader business opportunities inherent in Africa’s growth. The results reinforce the sustainability of our business model and the capacity to deliver superior long-term return to shareholders, as the economic and business environment improve.”

“In 2017, we made strong progress in our strategic initiative of dominating transaction banking across all our countries of operation, gaining market share in all lines of our business.

Even as the non-oil sectors of our largest country of operation, Nigeria, remained relatively weak, we still grew earnings by 20% to N462 billion, a third of which is attributable to non-funded income,” he further noted.

Also speaking on UBA’s financial performance and position, the Group Chief Finance Officer (GCFO), Ugo Nwaghodoh said; “In a period of high interest rates, we achieved a relatively low 3.7% cost of funds. This operational efficiency reflects the benefit of our rich pool of stable savings and current account deposits.

“The net interest margin stabilized at 7%, even as yields on treasury assets dropped in the last quarter of 2017. Our core transaction banking offerings gained strong momentum, with income from these business lines growing by double digits.”

“We remain committed to our responsible approach to balance sheet management, with focus on growing risk asset and broader balance sheet in a profitable and prudent manner.

“Amidst a subdued Nigerian credit market, we grew our loan portfolio by 10%, leveraging our robust liquidity and capitalization to support good businesses through this challenging economic cycle.

“We closed the year with a Basel II capital adequacy ratio of 19% and a liquidity ratio of 50%, well ahead of 15% and 30% regulatory requirement respectively. Our disciplined approach to lending and broader risk management continues to uphold our asset quality.”

Apart from the strong financial performance in 2017, UBA Group proved its leadership on the continent as the Banker Magazine crowned the Group, “African Bank of the Year 2017”. To further demonstrate the group’s strength and dominance in the financial sector on the continent, four of UBA Group’s operations in Africa also led contenders in their respective countries to emerge the Best Bank of the Year 2017 in their respective markets.

UBA Congo, UBA Tchad, UBA Gabon and UBA Senegal emerged the Best Bank of the Year in Congo, Tchad, Gabon and Senegal, reinforcing the strong franchise of the Group across its chosen markets in Africa.

United Bank for Africa Plc is a leading financial services group in sub-Saharan Africa, with presence in 19 African countries, as well as the United Kingdom, the United States of America and France.

From a single country operation founded in 1949 in Nigeria, Africa’s largest economy, UBA has emerged as a pan-African provider of banking and other financial services, to c.10 million customers globally, through one of the most diverse service channels in sub-Sahara Africa; 632 business offices, 1,750 ATMs, some 13,500 PoS, and a robust online and mobile banking platform.

UBA was the first Nigerian bank to make an Initial Public Offering (IPO), following its listing on the NSE in 1970.

It was also the first Nigerian bank to issue Global Depository Receipts (GDRs). The shares of UBA are publicly traded on the Nigerian Stock Exchange (NSE) and the Bank has a well-diversified shareholder base, including foreign and local institutional investors as well as individual shareholders.