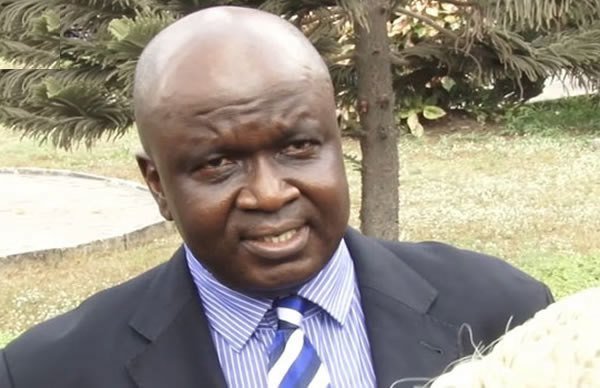 The Ikeja High Court, Lagos, has thrown away N150 million damages and a no-case submission filed by Mr Rickey Tarfa.

Tarfa is being tried for obstruction and perverting the course of justice.

Tarfa had informed the court that he had no case to answer when he was about to open his defence during Monday’s proceedings.

Justice Aishat Opesanwo, however, in a ruling, held a contrary view, saying she is satisfied that the Economic and Financial Crimes Commission (EFCC) had established a prima facie case against Tarfa and he should proceed with his defence.

The judge also did not award the SAN N150 million in exemplary damages for “malicious prosecution” which Tarfa had demanded from the anti-graft agency.

“I have taken consideration of Section 38(2) of the EFCC Act and Section 97(3) of the Criminal Law of Lagos 2011, the oral and documentary evidence given by the prosecution.

“I am satisfied that the prosecution has established a prima facie case against the defendant.

“I invite the defendant to proceed with his defence of the three-count charge contained in the information herein,” the judge said.

Tarfa is being tried for charges of obstruction of justice and perverting the course of justice by the EFCC.

The EFCC alleged that Tarfa willfully obstructed two of its officers — Moses Awolusi and Sanusi Mohammed — from arresting his clients within the premises of Igbosere High Court, Lagos.

Tarfa’s clients, Gnanhoue Sourou and Nazaire Odeste, were alleged by the EFFC to have committed some financial crimes.

The EFCC also alleged that Tarfa engaged in alleged illegal and secret communication with Justice Mohammed Yunusa, a Federal High Court judge, who presided over the case.

The News Agency of Nigeria (NAN) reports that EFCC had called five prosecution witnesses during the trial.

Earlier during the proceedings, Mr Abiodun Owonikoko (SAN), the counsel to Tarfa had in the no-case submission dated Dec.12, 2017 requested that the court should dismiss the case because the defence had no case to answer.

“My Lord we have filed a motion praying for Your Lordship to consider our arguments on the no-case submission.

“We have formulated in the written address a singular issue which is whether at the close of the prosecution’s arguments, a prima facie case has been established to warrant the defendant entering a defence in the three-count charge.

“If in the negative, we will be requesting exemplary damages from the EFCC,” he said.

According Owonikoko, based on the evidence presented by the anti-graft agency during proceedings, essential ingredients necessary to secure a criminal conviction have been unproven.

He said: “Count-one of the charge, is the allegation of obstructing authorised officers of the EFCC in the exercise of their powers.

“Moses Awolusi (PW1) was the only one that testified during the trial and he said that it was he and Sanusi Adelana that were involved in the alleged incident.

“Sanusi Adelana and Sanusi Mohammed are not the same person.

“The EFCC during the trial, amended the charge but they did not amend the name on the charge, if the evidence does not correspond with the name of the charge, a vital ingredient of the offence is missing.”

Owonikoko said that the names of the clients that Tarfa was allegedly shielding from prosecution were also not properly indicated in the charge and the EFCC at any point, did not amend the alleged error during the trial.

The defence counsel said that when Awolusi, the EFCC official, testified during the trial, there were discrepancies in his testimony compared to the evidence before the court.

“PW1 under cross-examination said that he got information to arrest the defendant at 5pm on Feb. 6, 2016 and that prior to that, the information was to invite and if not possible, effect an arrest of the defendant.

“Meanwhile in the charge, the period the defendant is alleged to have evaded arrest was from 11.00 am to 4.30 pm but he said in his evidence that he got instruction to arrest at 5.00 pm on that day.

“Everything the EFCC claims does not confirm obstruction, all they got from the defendant was cooperation,” he said.

Owonikoko alleged that there were also discrepancies in the evidence presented by the EFCC regarding count-two of the charge was about Tarfa engaging in alleged secret communication with Justice Mohammed Yunusa.

“The call log brought by the prosecution was thoroughly disowned the maker of the document under cross-examination.

“There was so many discrepancies in the documents and the sole evidence they (EFCC) were depending on was that call log and these calls were made without hiding the caller identification.

“The entire communication period was 15-minutes in the course of two years and Justice Yunusa was never called as a witness in this trial.

“I find it curious that they are using only the written statement of Justice Yunusa as the basis of their case.

Regarding the third count of the charge which was obstruction of justice, Owonikoko said that issues surrounding the charge are currently subjects of appeal at the Court of Appeal.

“It is a subject of appeal on three grounds in which the prosecution are respondents.

“It is our submission that it is wrong for any of the parties before such an appeal to file a criminal charge on the complainant.

“For that we will be demanding exemplary damages from the EFCC for malicious prosecution,” he said.

Responding to the points raised by the defence, Mr G.A Latona the prosecuting counsel for the EFCC, asked the court to dismiss the defence’s no-case submission.

He said: “The application of the defence suffers from some fundamental lapses.

“The prosecution has not established the guilt of the defendant which is not required at this stage, what we have shown is that there is something that Your Lordship has to call upon him o explain.

“What the defence has done is to handpick bits and pieces of evidence and tell Your Lordship that ingredients have been established without considering the totality before the court.”

Latona said that the defence did not consider the totality of the evidence surrounding the identity of the EFCC official Mr Sanusi Mohammed and that Mohammed and Mr Sanusi Adelana were the same person.

“They have not established that there is no Sanusi Mohammed who escorted PW1 (Moses Awolusi) which they refer to in the charge.

“The charge rightfully mentioned Sanusi Mohammed without considering the totality of the evidence of PW1 including exhibit D2 (a disposition)which was tendered by the defendant.

“I urge My Lordship to look at the disposition on oath where the defendant mentioned Sanusi Mohammed.

“He gave evidence in that disposition that the EFCC officials that wanted to arrest him are PW1 and Sanusi Mohammed.

“We have been able to establish that Sanusi Mohammed is the same person who accompanied PW1 and who is referred to in the charge and there is also proof of this in the court’s record of proceeding of Oct. 24, 2016,” he said.

The EFCC prosecutor disputed that the issues surrounding the third count of the criminal charge filed against Tarfa are issues currently on appeal at the higher court.

“The learned silk is attempting to distort facts, the three suits before the Court of Appeal are civil suits and they involve fundamental human rights issues.

“They are about unlawful detention in which the person being detained went to court and not the criminal charge of obstruction of justice,” he said.

Latona in his submission, also noted that the EFCC had proven that Tarfa engaged in unlawful communication with Justice Yunusa beyond reasonable doubt.

“On the issue of communication with Justice Yunusa, there was copious oral testimony of Mr Danladi Daniel (PW5).

“They allege the communication was not secret, the question one poses is that why was it not made known to to the other party in the proceeding.

“Their own definition of secrecy within this charge beats my imagination, especially with the outcome of that particular case in line with the text message communication.

“My humble submission is that the prosecution witnesses have given evidence and tendered documents which has called Your Lordship to require an explanation.

“Your Lordship should discountenance and dismiss their argument and award costs to the EFCC,” he said.

Justice Opesanwo adjourned the case until May 24 and May 25 for the defence.