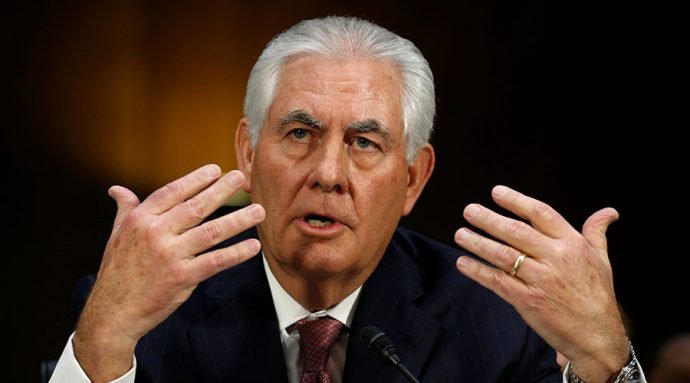 US Secretary of State, Rex Tillerson will visit Nigeria briefly before returning to America after falling ill in Kenya

US Secretary of State Rex Tillerson will cut short his first diplomatic trip to Africa on Monday to return to deal with urgent work in Washington, his spokesman said.

The top US diplomat will now spend just a few hours in key ally Nigeria on Monday evening rather than the overnight visit originally planned.

There was no immediate response from Abuja.

“Due to demands in the Secretary’s schedule, he is returning to the US one day early after concluding official meetings in Chad and Nigeria,” Under Secretary of State Steve Goldstein told reporters.

The trip has also been plagued by ill health. Tillerson, 65, cancelled some events in Kenya on Saturday, saying he was feeling unwell.

Tillerson travelled to Chad on Monday morning to meet President Idriss Deby, an important American ally whose military is battling al Qaeda and Islamic State-affiliated groups in the Sahel region.

He will then visit Nigeria before flying home later the same evening.

Zambia crackdown on sex dolls, says its against Christianity