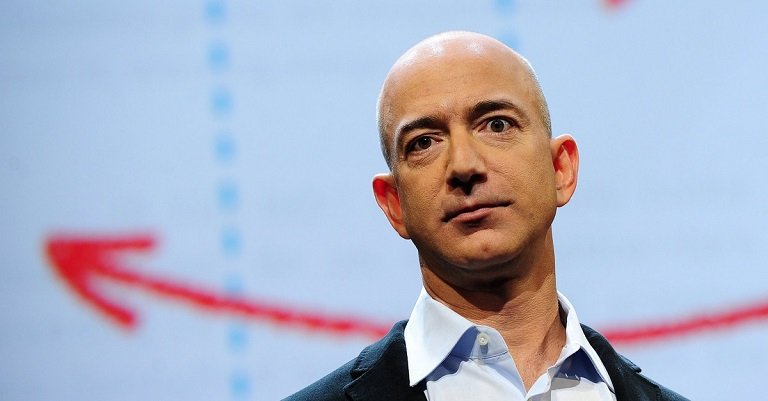 The Forbes magazine has named the Amazon founder and chief executive, Jeff Bezos, as the world’s richest man with 112bn dollar fortune.

Forbes calculated that Bezos’s fortune, which is mostly held in Amazon shares, increased by 39.2bn dollars over the past year.

The biggest ever one-year gain. Amazon’s shares have nearly doubled from 846 dollars a share last March to 1,523 dollars per share last night.

Gates, who had topped the Forbes billionaires list for 18 of the last 24 years, saw his fortune rose modestly from 86bn to 90bn dollars.

The billionaires increased their combined wealth by 1.4bn dollars over the past year.

The list is published in Forbes’s latest edition under the headline “The super-rich continue to get richer, widening the gap between them and everyone else”.

Twelve out of the top 15 richest people are from the US, with investor Warren Buffett in third place (with $84bn) and Facebook’s Mark Zuckerberg in fifth ($71bn).

France’s Bernard Arnault of luxury goods group LVMH is the richest person from outside of the US with a $72bn fortune.

The number of women on the list increased from 227 to 256. A record 72 of the women made their own fortunes.

The magazine also noted that the US President Donald Trump’s fortune had fallen for the second year running in annual ranking of the world’s wealthiest people.

“It means the president has slipped more than 200 places in the billionaire rankings from 544th richest last year to 766th this year,” it said.

Trump fared better in Forbes’s ranking than in Bloomberg’s billionaires list, which put his net worth at 2.86bn dollars.

Forbes said a record 35 people have joined the list of the world’s billionaires, with the magazine calculating there are now 2,208 people with a net worth of more than $1billion.