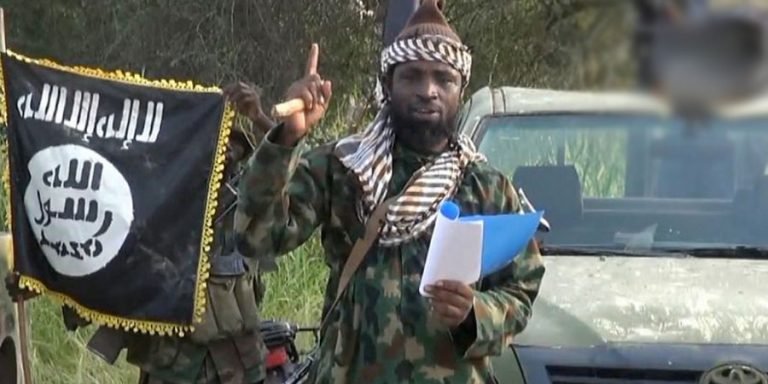 Nicholas said during the monthly press briefing of Operation Lafiya Dole in Maiduguri on Wednesday that there were no options left for him (Shekau) than to surrender.

The call comes less than 48 hours after Shekau said he was tired of fighting,

Nicholas said the troops had recorded significant successes in the ongoing clearance operation against remnants of the terrorists, noting that 186 insurgents were killed and over a thousand had surrendered.

“We have crushed the heart and soul of Shekau’s group and overrun Camp Zairo.

“This time around, the troops will remain in the forest and there will be no hiding place, wherever they go we will pursue them.

“He should either surrender alive or we get him,” he said.

Nicholas maintained that the troops had dominated the forest to deny the insurgents hiding place, and that they remained committed to end insurgency.

He said that the military had embarked on the rehabilitation of Gwoza-Bita-Yamtake-Sambisa road to open up the forest, link it with adjourning communities and make it habitable.

The commander added that another road from Bama axis would also be rehabilitated to make the forest habitable.

He said the military had restricted movement on some highways in view of the ongoing operation against the insurgents in the state.

“We are geared to ensure safety on the roads so that people can travel to various parts of the state without military escort,” he said.