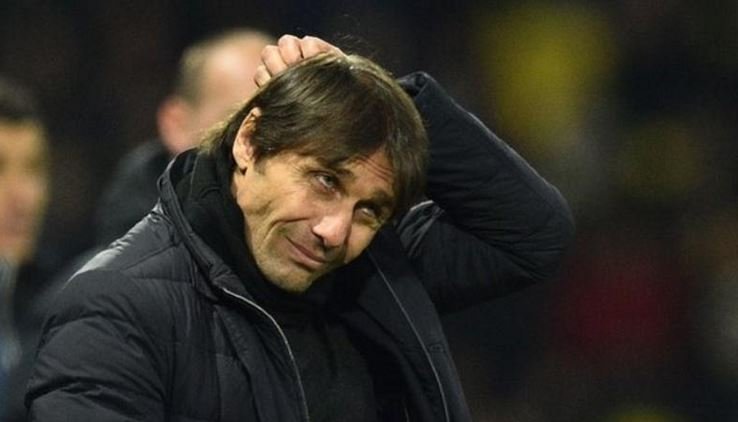 Chelsea manager Antonio Conte admits that he is “a bit of a disaster” when it comes to convincing the club’s board to sign new players.

The Premier League champions failed to make any big signings in the January transfer window.

And the 48-year-old Italian says he needs to be more persuasive.

“I have to speak more with the managers who are very, very good at persuading their clubs to spend money to buy top players,” he said.

“I think I’m a bit of a disaster to convince the club to buy players. I think in this aspect I can improve a lot.

“I have to learn a lot from the other coaches, the other managers, in that aspect.”

Conte said in January that he was “happy” at Chelsea, playing down reports that his relationship with owner Roman Abramovich had become strained.

Abramovich was reportedly angry that the Italian had said he did not choose the club’s signings this season.

Chelsea are facing a fight to qualify for next season’s Champions League after winning one of their past five Premier League matches.

They go into Monday’s game against West Brom in fifth place, two points behind fourth-placed Tottenham Hotspur and 22 adrift of leaders Manchester City.

Striker Alexis Sanchez and defender Virgil van Dijk were both linked with the club recently before going to Manchester United and Liverpool respectively.

But Conte said he can still get the best out of his squad.

“My task is to try and improve every single player, in every aspect – in terms of their mentality also. For this, I’m very good,” he said.