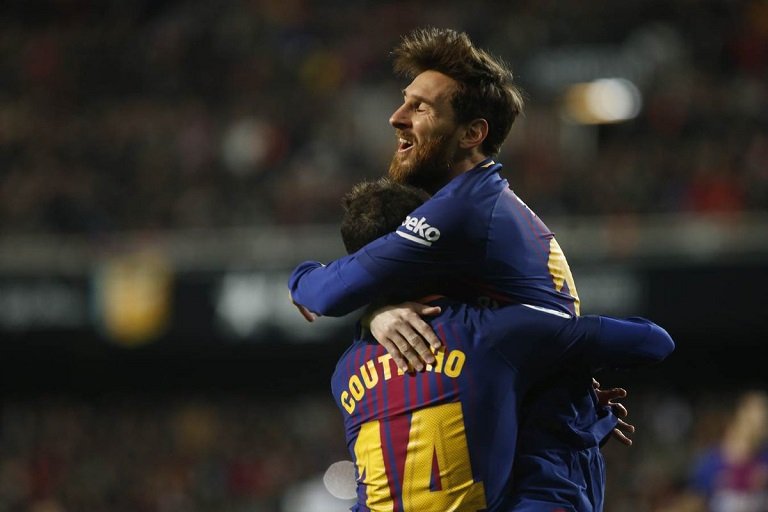 Coutinho, making his fifth appearance since a £142m move from Liverpool, came on in the second half and acrobatically steered home from Luis Suarez’s cross.

That put Barca, cup winners in the past three years, 2-0 up on aggregate in the semi-final second leg in Valencia, before Ivan Rakitic added another.

Barca will face Sevilla in the final.

Philippe Coutinho was a second half substitute

Valencia – who are third in La Liga, 18 points behind leaders Barca – had two key chances but were well beaten by a team that looks certain to win the league title.

After Rakitic coolly rounded off a late counter attack, finishing from Suarez’s pass, Barca brought on 23-year-old Colombian defender Yerry Mina – a £10.4m January signing from Palmeiras – for his debut.

Sevilla, sixth in the Spanish table 25 points behind the leaders, reached their second Copa del Rey final in three seasons with a 3-1 aggregate win over La Liga rivals Leganes.

Barca have won the competition three times in a row since losing to Real Madrid in the 2014 final.

English players may be masters of diving – Arsene Wenger