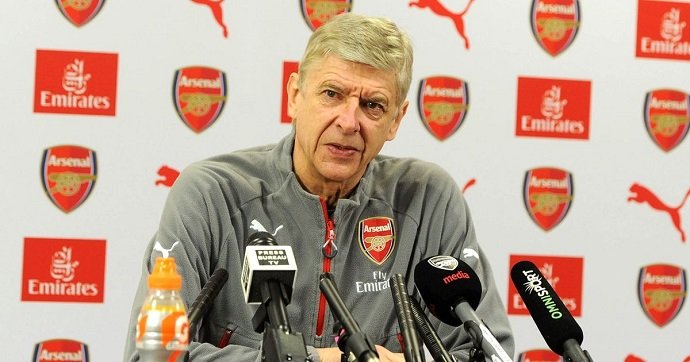 Arsene Wenger says he will challenge any FA charge against him

Before Wednesday’s 2-2 draw with Chelsea, the Arsenal boss criticised decisions and after the match said the awarding of a penalty was “farcical”.

He claimed “when it’s repeated it’s not coincidence”.

Wenger has already been charged with misconduct after criticising a late West Brom penalty in Sunday’s draw.

The Frenchman has until 18:00 GMT on Friday to respond to that charge following his conduct in the referee’s changing room at the Hawthorns after Calum Chambers was penalised for handball by referee Mike Dean.

Wenger said he would “100%” contest that charge, adding: “You can listen to every interview I said. I stick to everything I said without a problem.”

Arsenal conceded another late penalty against Chelsea, as Eden Hazard went down following a challenge from Hector Bellerin.

He has until 18:00 on Tuesday, 9 January to respond to the FA’s request for observations about the remarks he made before and after the game.

“I must say what is more frustrating for me is that it happened many times this season – at Stoke, at Watford, at Manchester City, at West Brom,” said Wenger in pre-match comments on Tuesday. “That is a concerning coincidence for me.”

Liverpool to allow Philippe Coutinho join Barcelona for over £140m