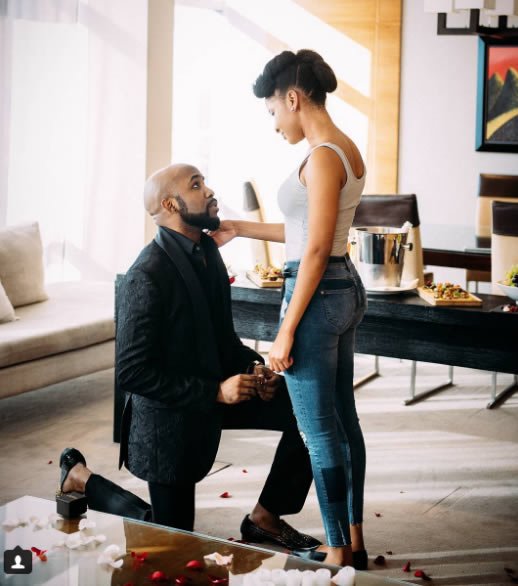 Banky W and Adesua Etomi turned heads with their wedding. Africa Magic Showcase and Africa Magic Urban will air behind the scenes of the wedding

Leading Pay TV entertainment channel, Africa Magic is set offer Nigerians a front row seat to relive the best kept wedding secret of 2017, #BAAD2017! Africa Magic is set to exclusively bring behind the scenes of moments leading up to the wedding between RnB singer, Banky W and stunning and talented actress, Adesua Etomi in The Wellingtons.

From their undeniable on-screen chemistry in the record breaking movie, ‘The Wedding Party’ being undeniable, #BAAD2017 was undoubtedly the wedding of the year with ceremonies shutting down Lagos and Cape Town, South Africa.

The wedding also left the Internet buzzing, as we have all clicked on the picture of Ebuka’s outfit, joined the thousands and ogled Adesua’s gorgeous wedding dresses.

Also In 2017, the Wellingtons gave us romantic goals for life in 2017 – from the big reveal of their engagement, to the wedding buildup and finally the romantic destination wedding as well as #BAAD2017 being a trending hashtag on the Nigerian Internet and Adesua became the third most searched individual on Google Nigeria.

The Wellington promises to serve up an amazing time filled with an abundance of renewed hope, the hope of better things to come and a fulfillment in life as viewers relish one of the most inspiring love stories of our time.