Who's stealing from who? Dangote, BUA fight dirty over Kogi limestone
Advertisement 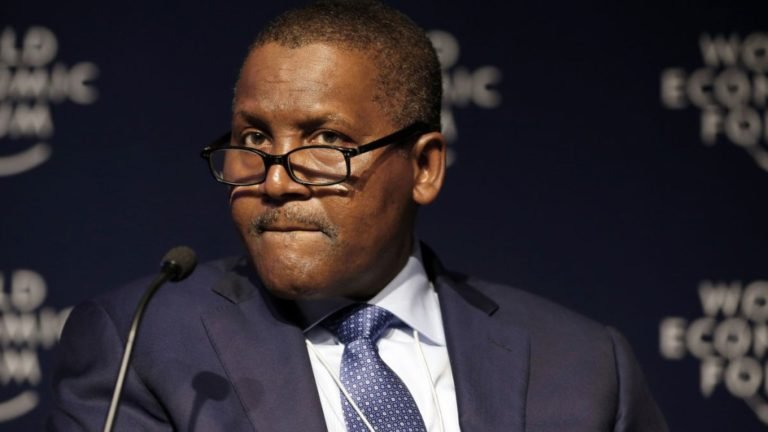 Aliko Dangote, President of Dangote Group has been at loggerheads with BUA Group over stolen limestone

A battle over ownership of vast limestone deposits in Kogi state is raging between the Dangote Group and cement rival BUA Group, with the Dangote management accusing BUA of stealing billion dollars worth of limestone belonging to it at the mining sites in Kogi state.

But, the management of BUA International Limited has denied the allegation., saying it was part of the plot by the Dangote group to “out-muscle” it out of business.

According to Dangote’s Executive Director, Mr. Devakumar Edwin, the BUA group had led armed gangs to the limestone site which it owns in Kogi state to deplete and exhaust the reserves to sabotage Dangote Group’s legitimate investment.

“It is therefore appalling that BUA Group in the midst of these overwhelming facts will still want the public to believe that Dangote Group is after its business when in actual fact BUA has been the one mining illegally in Dangote Mining Lease and attacking its officials without any justification, he said.

Edwin accused BUA of coming like a thief in the night armed to illegally steal limestone deposited in its Mining Lease No. 2541, located in a boundary town of Oguda/Ubo in Okene Kogi State

The matter is already pending before the Federal High Court, Benin Division

“Dangote Group validly acquired its interest and mining title in the disputed Mining Lease No. 2541 from AICO Ado Ibrahim Company Ltd sometime in 2014.

AICO itself had applied to the Mining Cadastre Office and Ministry of Mines and Steel Development for the said Mining Lease No. 2541 located in a boundary town of Oguda/Ubo in Okene Kogi State in 2007.

“The Ministry in exercise of its power under the Nigerian Minerals and Mining Act, 2007 granted and issued to AICO ML. No. 2541 for the renewable period of 25 years effective from 1 February 2008 and to expire on 31 January, 2033Thus AICO by virtue of the said grant, became vested with the legal title over ML. No. 2541.

In 2014, the Dangote Group approached AICO and indicated interest in acquiring AICO’s stake in ML No. 2541.

In 2014, AICO in exercise of its right under the Mining Act, applied to the Ministry for the transfer of its title in the ML No. 2541 to Dangote Group.

AICO and Dangote Group equally paid all the transfer and statutory fees demanded by the Ministry.”

He said even BUA in its process in Court acknowledged that these illegal mining leases which it claimed were granted in 1997 were temporary mining leases.

Edwin recalled that the then Minister for Solid Minerals under Olusegun Obasanjo’s regime, Dr Oby Ezekwesili sometime in 2006 waded into the dispute and invited the managements of Edo Cement Company Limited and AICO Ado Ibrahim & Company Limited for a meeting and that in the course of the meeting, the then Minister again queried the legality of Mining Lease Nos 18912 and 18913 and the power of the Governor of Edo State to grant such mining leases.

“At the end of the Meeting, the Minister declared the Edo Cement’s Mining Leases Nos. 18912 and 18913 illegal and declared the mining site open for interested investors.

Given that AICO’s then existing Mining Lease No. 17825 was yet to be renewed even though application for renewal was pending, AICO in 2007 (under the Mining Act, 2007) applied for the fresh Mining Lease No. 2541 and the Ministry granted it in 2008 without any objection from Edo Cement Company.”

Edwin said AICO, who sold the right to Dangote, continued its mining operations in the Mining Lease No. 2541 undisturbed until BUA Group acquired Edo Cement Company Limited and resuscitated the dispute again.

Edwin further revealed that it was the attempt by BUA to encroach on AICO’s mining title in Mining Lease No. 2541 that prompted AICO to write to the Ministry in 2015 complaining of BUA’s encroachment.

“The Ministry after investigation in the same 2015 by the letter dated 21 January 2015 wrote to the Chairman of BUA Group directing BUA to stop mining within the ML. No. 2541. It was this same letter from the Ministry that prompted BUA to file a Suit at the Federal High Court Benin in 2016.”

In a statement Sunday night, BUA said: “This latest statement by Dangote Group stinks of desperation in its continued attempt to disregard the judicial process and scheme a viable competitor out of business as has been their legendary antecedent

“We thus wish to reiterate once again that whilst we do not want to join issues with anyone on this matter as it is currently before a court of competent jurisdiction, we are however compelled to use the opportunity presented by Edwin Devakumar’s reckless statements to clarify the cycle of misinformation being proliferated.

Our Mining operations are limited to Obu-Okpella, Edo State for which licenses ML18912 & 18913 were issued and revalidate by the same ministry in a publica.

These licences have been owned, operated and fulfilled by BUA and its predecessors-in-title since 1976 as it is also a notorious fact that we have exercised total control and possession over the mining area covered by the above mining leases since 1976 when we operated under the name of Bendel Cement Company Limited.

We are thus wont to excuse Edwin’s claims to a lack of basic knowledge and understanding of the geography of Nigeria but he will be better served if he seeks professional opinion in critically understanding the geography of Nigeria or he should otherwise refer to documents from the boundary commission which clearly delineates boundaries within Nigeria.

“We also wish to ask – Why is Dangote, an international company which is also listed on the Nigerian Stock Exchange, so averse to letting the rule of the law and judicial process take its course?

The court has maintained that status quo be maintained (This includes BUA’s current ownership of our mines in Edo State) but the management of Dangote Group Dangote, as has been their strategy in the past to other companies in competition with them, is still seeking to out-muscle competition through backdoor means rather than let the court decide.

“If anyone is not satisfied, they should write to the courts as an independent arbiter for an interpretation of ‘maintaining status quo’ rather than spread misinformation in the court of public opinion.

“The antecedents of Dangote Plc in trying to outmuscle competition is not in doubt.

Various cases abound within and outside the cement industry – one of which was their taking over of the limestone deposits of another competing entity in the south-south region of Nigeria until they ceeded him 25% of their company.

“This was in turn resold to them for hundreds of millions of dollars. Or is it the case of Ibeto whose business was almost driven under but for the prompt intervention of the then late President Umaru Musa Yar’Adua.

“Or is it the case of Polo House Jetty Tincan previously owned by Usman Dantata, whose License was revoked by NPA and reallocated to Dangote on the same day in order to prevent a sugar refinery to be sited there by a competitor.

“The facts of the matter as far as we are concerned is that BUA’s operations are in Obu, Okpella, Edo State and not Okene, Kogi.

We once again ask that all parties should wait for the court to resolve the issue. We will not be cowed or intimidated and will continue to seek redress through the proper legal channels.”

Nigeria rushes to Europe for fuel to end scarcity – Report