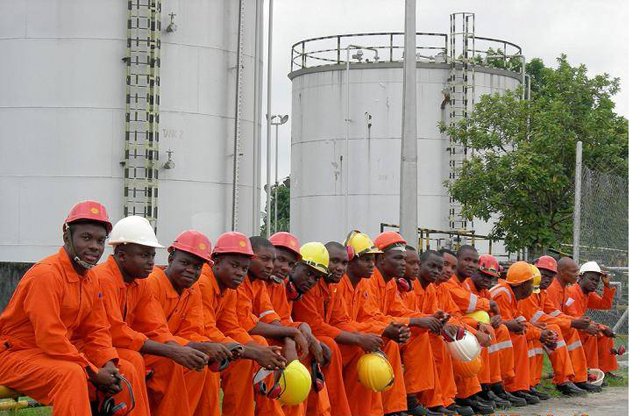 The Petroleum and Natural Gas Senior Staff Association of Nigeria, PENGASSAN, one of Nigeria’s largest oil unions launched a nationwide strike on Monday over the laying off of its workers.

PENGASSAN’s nationwide strike coincides with the lingering fuel scarcity in most states of Nigeria which was caused by non-agreement between local oil marketers and the Nigerian National Petroleum Corporation, NNPC.

Many states in Nigeria including its commercial centre Lagos hve witnessed long queues as fuel scarcity and hoarding returns to the oil-rich country.

The move by PENGASSAN could hit the country’s crude oil production and dent exports, as was the case in December 2016 during industrial action by the union against Exxon Mobil.

“PENGASSAN is on industrial action as a result of unfair labour practices by some companies, particularly indigenous oil and gas companies,” said Okugbawa.

The dispute arose after domestic oil and gas companies and marginal field operators laid off members of the union.

Marginal fields refer to discoveries made by oil majors during exploration of larger acreage but which have been left for others to develop.

The union leader said office workers and staff working in distribution were among those taking part in the strike.

He did not disclose the estimated number of workers involved and Reuters was not immediately able to ascertain the impact of the strike.

Nigeria’s crude production has fluctuated over the last two years due to militant attacks, pipeline theft and industrial action.