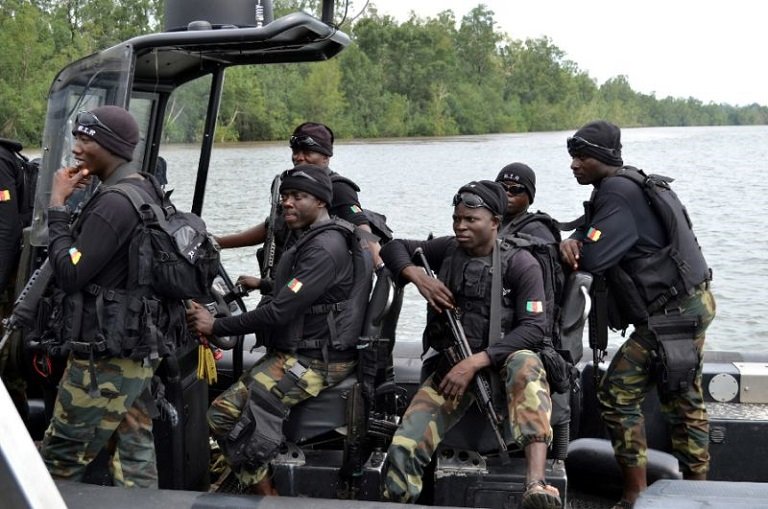 Cameroonian troops this month crossed into Nigeria in pursuit of rebels without seeking authorisation from Nigeria, causing a falling-out between the governments behind the scenes, sources familiar with the matter told Reuters.

At least one incursion was confirmed by a Nigerian government official, two Nigerian military officers and two foreign diplomats, all of whom spoke on condition of anonymity.

Nigerian security forces were deployed to the border to stop any further crossings, said a military source.

The Cameroonian and Nigerian governments said in separate statements there were no incursions. Relations between the two countries are good, Cameroon said.

Cameroonian military officials and pro-government media accuse Nigeria of sheltering Anglophone insurgents. For the past year they have been based in the dense equatorial forests that straddle the border between the two countries, fighting for an independent state they call Ambazonia.

At least 7,000 people have fled as refugees from Anglophone Cameroon to Nigeria following a crackdown ordered this year by President Paul Biya to quell the insurgency, which represents the gravest challenge yet to his 35-year rule.

French is the official language for most of Cameroon but two regions speak English and these border Nigeria, which is also Anglophone.

The troops crossed into Nigeria at least twice this month, the diplomat and a Nigerian military official told Reuters.

The incidents have caused anger on both sides and could sour diplomatic relations further as Cameroon increases pressure on its Anglophone regions, according to the diplomat and a Nigerian government official.

“Tensions are high and could escalate,” the government official said.

“Relations between the two countries are cohesive when it comes to fighting against terrorism. Cameroon and Nigeria are on the same wavelength.”

Nigeria’s foreign minister, speaking to Reuters after a cabinet meeting in Abuja, also denied the incursions.

But the Nigerian government official and a diplomat said Cameroon had threatened to suspend senior Nigerian embassy officials in Yaounde after they lodged complaints.

Tchiroma and Onyeama denied this.

Governments in Africa often play down diplomatic disputes and present a show of harmony even during bitter rows.

Nigeria has for decades been West Africa’s powerhouse but the militaries of the two countries have cooperated extensively to confront a threat posed by Islamist militant group Boko Haram.

The group has staged attacks in Nigeria for years but more recently it has also conducted deadly assaults in Cameroon.

Cameroon has repeatedly pressed Nigeria to allow it the right of hot pursuit for Boko Haram militants and the issue has left the countries at loggerheads.

After Cameroon’s military crossed the border this month in pursuit of separatist insurgents, Nigeria sent security forces to deter any future attempts, said one of the military sources.

“We were not for war but keeping the peace and protecting our territorial integrity. They were asked to leave and they did and everything has been brought under control,” the source said.

“Many refugees have crossed into Nigeria and many more are still crossing and the Cameroon authorities appear to be concerned that the situation may escalate if they keep coming into Nigeria.”

One attack was on Dec. 14 and involved two groups of at least 100 separatists, one of the officials said.

“How do you explain that these guys come to attack us and then leave without being troubled across the border? When we drive them back, these separatists withdraw toward Nigeria,” the official said.

Julius Ayuk Tabe, the Nigeria-based chairman of the Ambazonian Governing Council, the political wing of the armed resistance, said he was not aware of any separatist military bases in Nigeria.

Cameroon’s linguistic divide harks back to the end of World War One, when the German colony of Kamerun was carved up between allied French and British victors.

The English-speaking regions joined the French-speaking Republic of Cameroon the year after its independence in 1960.

French speakers have dominated the country’s politics since.