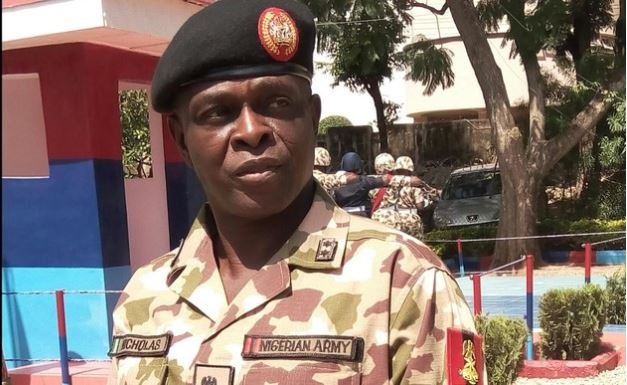 Nigerian Army says it has repelled an attack on Monday by suspected Boko Haram militants on the city at the centre of the conflict with the Islamist insurgency.

Major General Nicholas Rogers, who heads Nigeria’s military operations against Boko Haram, told Reuters that the situation in Maiduguri, in the northeast of Nigeria, was under control.

He did not give further details.

The government says it is on alert for Boko Haram attacks during the Christmas period and other festivals for Christians and Muslims.

Embassies regularly warn their nationals to be cautious and avoid public spaces at those times.

Heavy gunfire was heard in the Molai area on the outskirts of the city on Monday evening, prompting residents to flee the district, two residents and an officer in a local vigilante group had said.

The vigilante commander, who asked not to be identified, said his group had joined the effort to repel the attackers.

There were no immediate reports of casualties nor any immediate claim of responsibility. It was also not immediately possible to identify the target of the assault.

Boko Haram has in the past targeted places of worship during religious celebrations, including attacking churches at Christmas or mosques during Muslim festivals or prayer times.

The last major Boko Haram attack on Maiduguri, a mainly Muslim city with a Christian minority, was in June, when the group launched an assault on the eve of a visit by Vice President Yemi Osinbajo.

The Nigerian government approved the release of $1 billion last week from a state oil fund to help with the fight.

Nigeria’s long-term plan is to corral civilians inside fortified garrison towns, a move that effectively cedes the rural areas to Boko Haram.

Nigeria replaced its previous military commander of the fight against Boko Haram after half a year in the post.

Military sources told Reuters this followed a series of “embarrassing” attacks by the militants.

Beef No More: Wizkid, Davido share the stage at #WizkidTheConcert