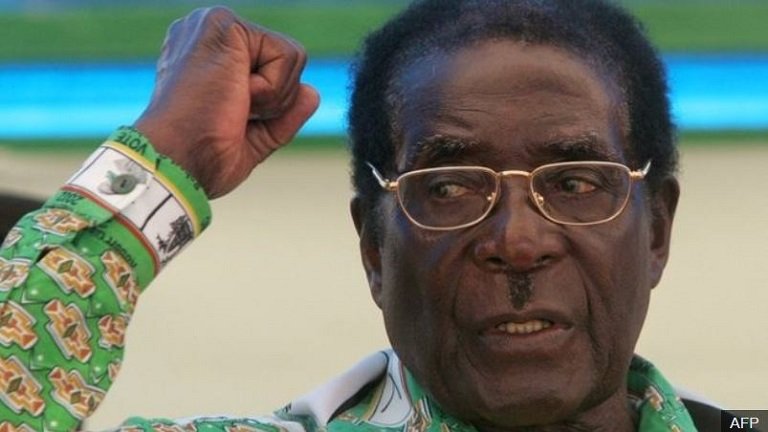 New President Emmerson Mnangagwa is expected to form a cabinet this week.

The police and army are to stage joint patrols as the country returns to normal, the authorities have said.

They have already received reports of looting and illegal occupation of properties, particularly farms and houses.

Police had not been seen in public until 21 November when Mr Mugabe resigned and they slowly started returning to work. The army had effectively been in charge.

Before the army operation, police officers had been an ever-present sight in the centre of the capital, Harare, and roads around the country, although they were not always welcome as many complained of police harassment.

Last week, President Mnangagwa said the former president needed to be given the respect and recognition he deserved as one of the founders and leaders of Zimbabwe.

“To me personally, he remains a father, mentor, comrade-in-arms and my leader,” he said during his acceptance speech at his inauguration on Friday.

Reports that Mr Mugabe was granted $10m (£7.5m) to ease him out of office have not been confirmed.

Break from the past?

There is speculation as to whether Mr Mnangagwa will select a broad-based government or keep figures from the Mugabe era.

The opposition Movement for Democratic Change has called for an inclusive “transitional authority” to mark a break with his 37-year rule and bring in reforms to pave the way for free elections next year.

There are fears that President Mnangagwa, who is associated with some of worst atrocities committed under the ruling Zanu-PF party since independence in 1980, will not usher in the democratic reforms that many in Zimbabwe are hoping for.

Emmerson Mnangagwa was sworn in to replace Mr Mugabe as president on Friday.

Earlier this month Mr Mnangagwa was sacked as vice-president, triggering a political crisis that led to the army taking control and Mr Mugabe eventually standing down.

Mr Mugabe and his wife, Grace, remain at their house in Harare and have no plans to leave the country.