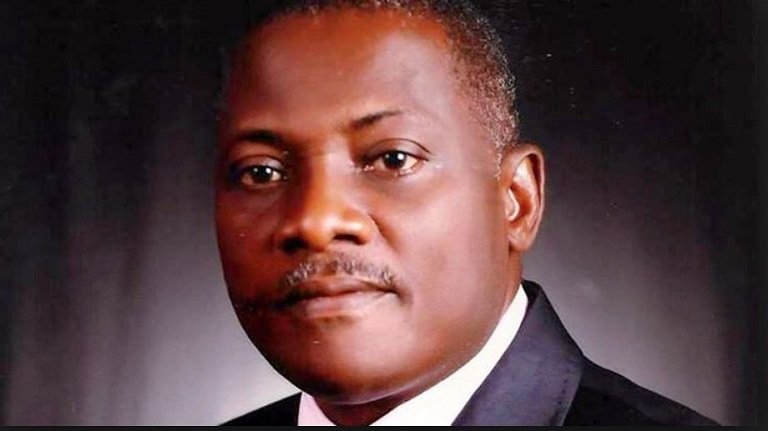 In a bid to arraign a Nigerian businessman Innocent Chukwuma his company Innoson Nigeria Limited and four others before a Federal high court in Lagos for alleged offence of forgery, Inspector General of Police, Ibrahim Idris, has filed an application before the court urging the court to issue a warrant of arrest against the businessman and three others who have consistently failed to appear in court.

Others affected by the application are Innoson Nigeria Limited company, Charles Chukwu, and Anajekwu Sunny.

The IGP claimed that they forged shipping documents which they deposited with Mitsui Osk Lines Lagos which was used as collateral for the purpose of clearance of raw materials polyinlchloride (PVC).

In an affidavit sworn to by a litigation officer in the Department of the Public Prosecutions, Federal ministry of Justice Noma Ganau Wando, and filed before the court by Assistant Director, Public prosecution from the same ministry Mr Ajakaye Julius Iyiola, the deponent averred that the office of Inspector General of Police filed charge against the accused persons on 21st of December, 2015.

The said charge was served on the defendants through court order of substituted service dated 8th February, 2016.

The office of the Attorney General of the Federation took over the prosecution of the case on 18th February, 2016.

Since the service of the said charge on the defendants, only two of the defendants Maximum Chukwura and Mitsui Osk lines have been coming to court, while Innoson Nigeria Limited, Innocent Chukwuma, Charles Chukwu, and Anajekwu Sunny have all refused, failed and neglected to appear in court till date, consequently their pleas have not been taken.

On the 23rd of February, 2017,the prosecuting counsel, Ajakaye Julius Iyiola told the court that the four defendants had consistently failed to appear in court to take their plea,therefore applied for a court summon to be issued against them pursuant to the provision of the law.

The Inspector General of Police, Ibrahim Idris, is suing Innoson for forgery

However, the court directed that the state should use her enormous power to arrest them and produce them in court since they were all granted administrative bail by the Police.

The directive of the court was communicated in writing to the Inspector General of Police.

The four defendants who have failed to appear in court till date are represented by counsels which include a very Senior Advocate of Nigeria SAN and a professor of Law who actively participated in the court proceedings.

On the 10th of October, 2017 when the case came up the four defendants were still not in court but represented by counsels.

The presiding judge, Justice Olawale Faji has adjourned till 21st of November, 2017 when the application will be heard.

In a four-count amended criminal charge number FHC /L/565C/2015 filed before the court by Director of Public Prosecutions of the Federation, Federal Ministry of Justice Mohammed Saidu Diri, it was alleged that, Innoson Nigeria Limited, Innocent Chukwuma, Charles Chukwu, Maximian Chukwura, Mitsui Osk Lines and Annajekwu Sunny between January, 2010 and April 2011 at Apapa Wharf criminally conspired amongst themselves to wit, falsification of shipping documents which they deposited with Mitsui Osk Lines Lagos which was used as collateral for the purpose of clearance of raw materials polyinlchloride (PVC) for the production of roof ceiling and other imported items.

Mr Diri alleged further that all the accused persons same time and place did without lawful authority and with intent to defraud, utter the shipping clearance documents to the shipping Line Mitsui Osk Lines which was used as collateral for the purpose of obtaining a loan of N2.4 billion from Guaranty Trust bank Plc for the purpose of clearing raw materials Polyvinylchloride for the production of roof ceiling and other imported items

The accused persons were also alleged to have falsely and fraudulently represented as genuine, the uttered shipping documents and presented same to Guaranty Trust Bank Plc to obtain a loan of N2.4 billion.

All the offences alleged to have been committed by the accused persons are contrary to and punishable under sections 3(6),1(2)(C) of the miscellaneous offences Act Cap. M 17 Laws of the Federation, 2004.