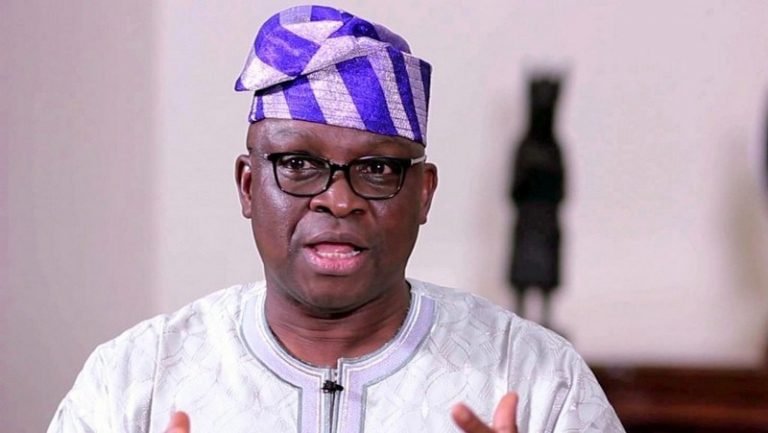 Governor Ayodele Fayose of Ekiti State has said contestants for PDP chairmanship including Bode George, Dokpesi and OGD will accept outcome of election

The eight contenders for the National Chairmanship of the Peoples Democratic Party (PDP) have agreed to work with any of them elected at the party’s National Convention on December 9.

Chairman of PDP Governors Forum, Governor Ayodele Fayose of Ekiti, made the disclosure at a news briefing in the early hours of Monday after a five and half hour closed door meeting in Enugu.

Fayose said that the governors met to deliberate on the forthcoming national convention and discussed with the chairmanship aspirants.

According to him, the forthcoming PDP convention will serve as template for future conventions in the country.

“We put PDP first and PDP is first. We are leaving Enugu believing that we will take power at the centre in 2019.”

Fayose flanked by other PDP governors expressed the belief that the party would win the November 18 governorship poll in Anambra.

“We believe we will take over Anambra if the election is free, fair and credible.

“Nigeria is of age to conduct election that is acceptable internationally,” he said.

NAN reports that of the eight chairmanship aspirants, South-west had six, while South-South had two.

NAN also reports that former governors at the meeting were Gabriel Suswam of Benue and Godswill Akpabio of Akwa Ibom.