I made a mistake picking my Vice President in 1999 - Obasanjo 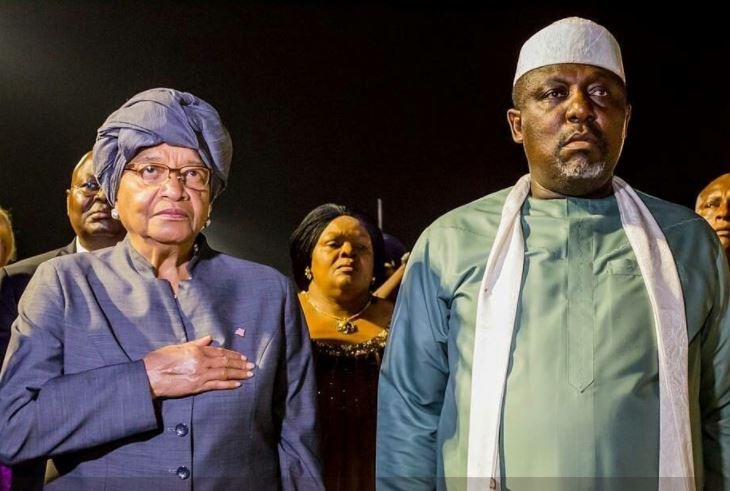 Socio-Economic Rights and Accountability Project, (SERAP) has asked Dr Muhammad Isah, acting Chairman of the Code of Conduct Bureau (CCB) and Professor Bolaji Owasanoye, acting Chairman of Independent Corrupt Practices and Other Related Offences Commission (ICPC) to “jointly investigate allegations of incompatibility and/or apparent conflict of interest situation, and abuse of office involving Governor Rochas Okorocha of Imo State in connection with the exercise of his public functions and leadership of the Rochas Okorocha Foundation, and to collaborate with the Economic and Financial Crimes Commission (EFCC) in any such investigation.”

The organization said that “Such investigation would help to improve public confidence in public authorities, and minimize the risks of bad government by public officials.”

According to the organization, “the spending on statues and apparent misuse of public resources may have violated constitutional provisions and international standards on code of conduct for public officers.

“The initiatives cannot be justified under any circumstances whatsoever, especially at a time when Imo state is unable or unwilling to pay teachers’ salaries and pensioners’ entitlements.”

The petition copied to Ibrahim Magu acting Chairman of the Economic and Financial Crimes Commission (EFCC) read in part: “Inviting Zuma and Johnson-Sirleaf to attend the opening of his Foundation and then ‘honouring’ them with statues suggests abuse of office and apparent conflict of interest situation, as such acts were undertaken by Governor Okorocha in the exercise of his public functions to presumably promote and advance the commercial and other interests of the Foundation.”

“SERAP believes that rather than serving the common interest of the public, spending over N1 billion possibly of public funds on Zuma and Johnson-Sirleaf in the context of their participation in the opening of the Rochas Okorocha Foundation would seem to put Governor Okorocha in a conflict of interest situation.”

“SERAP notes that the Nigerian Constitution 1999 (as amended) and UN Convention against Corruption to which Nigeria is a state party prohibit conflict of interests and set ethical standards for public officers.

“Indeed, both the Constitution and the Convention require public officers to abstain from all acts that may compromise the exercise of their public office and functions, or are inconsistent with their entrusted positions.”

“Public officers also must discharge their public duties truthfully and faithfully, abide by the constitutional code of conduct, observe the primacy of public interest, and not allow their personal interest to influence their official conduct.”

“The CCB and ICPC should carry out joint investigation in collaboration with the EFCC of the allegations of conflict of interest, abuse of office and apparent misuse of public funds by Governor Okorocha.

“SERAP also urges the CCB and ICPC to prosecute Governor Okorocha after leaving office if there is relevant and sufficient admissible evidence of abuse of public office against him.”

“Conflict of interest represents a situation where the person exercising a public function has a personal interest of patrimonial or commercial nature, which could influence the objective fulfilment of the duties incumbent on public officers under the Constitution and international standards.”

“The statues reportedly cost over N1 billion to build. Further, a Memorandum of Understanding between the Zuma Foundation and the Rochas Foundation was signed, while Mrs Johnson-Sirleaf visited the newly established Rochas Foundation College of Africa (ROFOCA).”