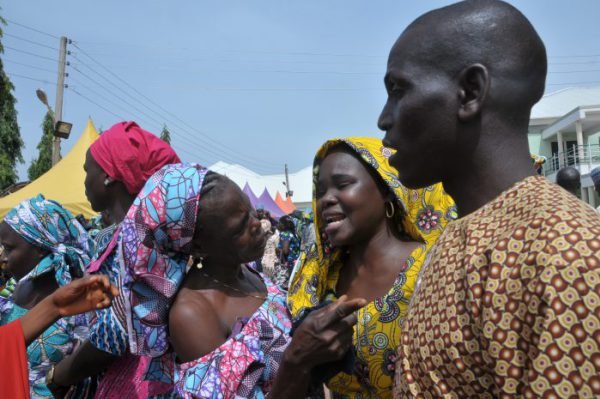 For the past three weeks, Kolo Adamu has slept on the floor beside her daughter Naomi’s hospital bed in northeast Nigeria, unable to afford the surgery she needs for a kidney condition.

Naomi, 27, was one of more than 200 schoolgirls abducted by Boko Haram from their school in Chibok, northeast Nigeria, in April 2014, and among the 82 girls freed by the jihadists in May, adding to 24 others who were released or found last year.

After months of counselling and medical care in the capital, Abuja, as part of a state rehabilitation programme, the government sponsored the girls to start a special catch-up course in September at the American University of Nigeria (AUN) in Yola.

Naomi and five of her Chibok classmates enrolled at the AUN are suffering due to injuries inflicted during their time in captivity – from shrapnel in their bodies to fractured bones – said Yakubu Nkeki of the Chibok parents’ association.

Yet the government and the university are passing the buck on paying for their healthcare, according to the girls’ parents – mostly farmers – who say they are unable to cover the costs.

“The school said that they are not responsible, that the government is supposed to take care of everything,” Naomi’s mother Adamu told the Thomson Reuters Foundation by phone.

“At first, the hospital gave her drip and medicine, but for the past four days they haven’t given her any because they said the medicine is finished,” added Adamu, who said she feels helpless and cries every time her daughter screams in pain.

“The doctor has not shown up. I am confused.”

A spokeswoman for the ministry of women’s affairs said the school fees paid by the government include medical bills.

FILE PHOTO: The kidnapped Chibok Girls in a video released by Islamist sect Boko Haram shortly after they were captured

FILE PHOTO: The kidnapped Chibok Girls in a video released by Islamist sect Boko Haram shortly after they were captured

“The federal government has handed over the girls to their parents after paying their school fees and everything,” said Suleiman Dantsoho. “The school should take care of her (Naomi).”

The AUN could not immediately be reached for comment.

“This is not the reality we arranged with President Buhari,” said Nkeki, chairman of the Chibok parents’ association.

“They said they will take care of our daughters … make sure that they don’t suffer again,” he added.

The pain in Naomi’s abdomen began in captivity, but a doctor kidnapped by Boko Haram treated her with medicine, she said.

Naomi was referred to a government hospital in Yola last month after a scan at the AUN’s clinic revealed that she had a kidney condition, and the school’s doctor recommended surgery.

“The pain is too much. Anything I eat, I vomit,” Naomi said over the phone, her voice weak and barely audible.

Their three weeks together in hospital is the longest period Naomi and her mother have spent together since the abduction, which sparked an international outcry and a viral campaign on social media with the hashtag #bringbackourgirls.

But each day has been fraught with pain and tears.

Sometimes, the pain in her abdomen is so intense that Naomi rolls about on the floor or soaks herself in cold water.

“She told me that if she knew her health would be such a burden on me, she would have stayed back in the forest,” said Adamu, who had to rely on donations to pay for the five-hour journey from Chibok to Yola. “That statement pained me so much.”

Naomi worries about her mother, and tries to console her.

“If they will not pay my medical bill then they should allow me back in school, so that she can go back to Chibok,” she said.