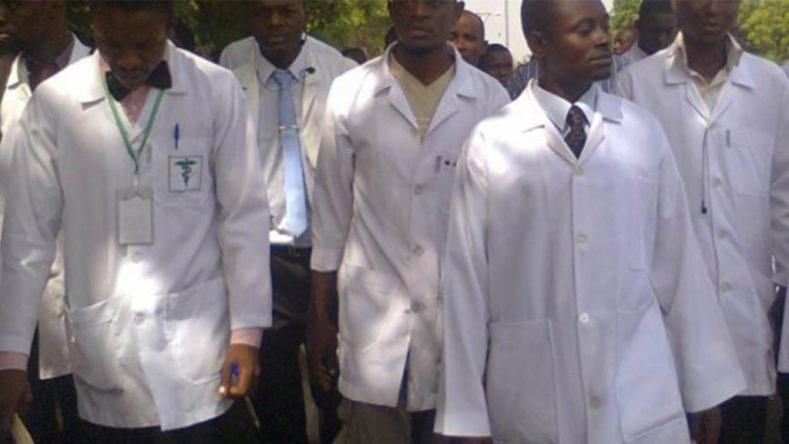 NHS Providers say the UK relies on doctors from Nigeria, India and other countries

NHS providers have revealed that the UK is more reliant on overseas doctors and nurses than almost any other healthcare system in the developed world, according to a report.

A third of doctors and one in eight nurses were trained abroad, around twice as high as the average for other countries, MailOnline reports.

The figures were compiled by NHS Providers, which accused the Government of a ‘fundamental failure’ in workforce planning.

The organisation, which represents health service bosses, also warned of severe staffing gaps in all hospital departments but particularly in A&E.

The latest figures from the General Medical Council – which regulates doctors – show that 37 per cent qualified abroad.

The most common country of origin was India followed by Pakistan, South Africa, Nigeria and Ireland.

The Nursing and Midwifery Council said 15 per cent of nurses and midwives were trained abroad. Common countries of origin include the Philippines, Portugal, Italy and Spain.

Figures earlier this year showed the number of EU nurses had nosedived by 96 per cent in nine months.

This was blamed on the introduction of tougher language tests in 2016, which required nurses to understand scientific papers.

The nursing watchdog has since agreed to allow nurses to take tests that are less academic.

‘The NHS has one of the highest levels of reliance on overseas staff in the OECD,’ the report said.

‘The gap between the workforce that providers need and the staff they are able to recruit and retain is now unsustainable, putting patient safety and quality of care at risk.’

‘We don’t have enough staff with the right skills and we’re asking far too much of our existing staff.

‘NHS trust leaders are telling us there are no quick fixes to improve the supply of UK-trained staff, and the outlook for international recruitment is uncertain.’