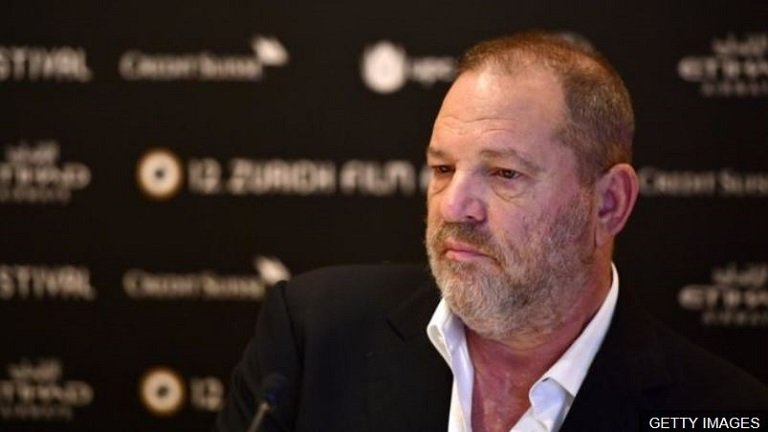 The new claims landed as the Academy of Motion Picture Arts and Sciences as well as the Cannes film festival organization declared the abusive behavior repugnant, but also as film figures warned that such actions have gone virtually unchecked in an industry that for years has seen itself in a progressive light.

The Weinstein revelations are just “the tip of the iceberg,” comedy actor and director Rob Schneider told TMZ.

“There’s not one actress who doesn’t have a story,” he said, adding that he himself experienced sexual harassment by a male director when he was younger.

Amid the gravity of the situation, the Academy, which has awarded 81 Oscars to Weinstein films produced by Miramax and then the Weinstein Company, announced it would convene a meeting on Saturday to “discuss the allegations against Weinstein and any actions warranted by the Academy.”

Weinstein, 65, has denied all charges, according to a statement from his spokeswoman Sallie Hofmeister. On Wednesday she offered “no comment” when asked about reports Weinstein was heading to Europe to enter a rehabilitation facility.

But a new angle to allegations emerged Tuesday when three women, including an Italian film star, claimed that Weinstein raped them.

The Weinstein Company board has sacked him, and his wife Georgina Chapman told celebrity magazine People she was leaving Weinstein, with whom she has two children.

“I am profoundly devastated. I have lost my wife and kids, whom I love more than anything else,” Weinstein told The New York Post, adding that: “I hope one day we can reconcile.”

“He asked us to kiss and she began some sort of advances upon his direction,” actress Cara Delevingne, who is also a fashion model, said in an Instagram post detailing an encounter at a hotel.

When Delevingne got up to hurriedly leave, she wrote, “he walked me to the door and stood in front of it and tried to kiss me on the lips.”

The bluntest accusation came from Lea Seydoux, an award-winning French film star who wrote a devastating first-person account of her run-ins with Weinstein and others in an industry that essentially turned a blind eye to the abuse.

“That’s the most disgusting thing. Everyone knew what Harvey was up to and no one did anything,” Seydoux wrote in The Guardian.

She said she quickly figured out Weinstein’s motives when they met. “He had a lecherous look. He was using his power to get sex,” she wrote.

“He’s big and fat, so I had to be forceful to resist him. I left his room, thoroughly disgusted.”

Some of the worst misconduct allegations emerged in a New Yorker magazine investigation published Tuesday, which details charges by Italian actress Asia Argento that Weinstein forced oral sex and intercourse on her 20 years ago.

She told the publication she had maintained her silence until now for fear that Weinstein would “crush” her.

According to the New Yorker, Gutierrez says Weinstein “lunged at her, groping her breasts and attempting to put a hand up her skirt” at a meeting in his offices in Tribeca.

She reported the incident, and the New York Police Department asked her to wear a wire.

In the audio of their conversation which was released by the magazine, Weinstein can be heard apologizing for grabbing her breast and then repeatedly pressuring her to come into his hotel room.

Amid concerns about potential criminality, Vance appeared before reporters Wednesday to justify the decision.

“Our sex crimes prosecutors made a determination that this was not going to be a provable case, and so the decision was made not to go forward,” Vance said.

“Obviously he has some serious issues, and the tape is terrible.”

Canadian-American family freed after five years as captives in Afghanistan