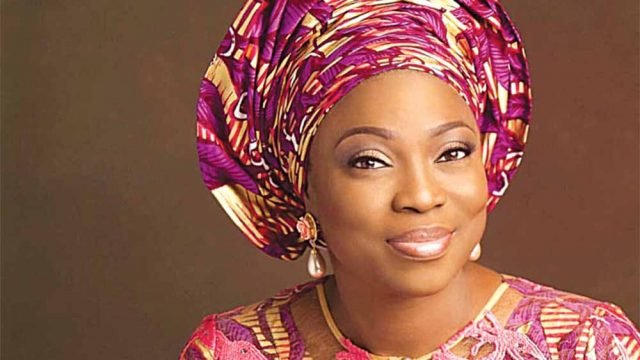 Wife of the Vice President, Mrs. Dolapo Osinbajo, Governor of Akwa Ibom State, Mr. Emmanuel Udom and his counterpart in Adamawa State, Alhaji Jibrilla Bindo are among top dignitaries expected to grace this year’s edition of the 2017 of the National Women Conference organised by the Committee of Wives of Lagos State Officials (COWLSO).

Addressing journalists at the Bagauda Kaltho Press Centre in Alausa on Wednesday, Chairperson and wife of the Lagos State Governor, Mrs. Bolanle Ambode said the wife of the Vice President would serve as the mother of the day and also declare the conference open with Governor Udom would be the Special Guest of honour, while Governor Bindo will declare the conference closed.

Mrs Ambode said this year’s Conference, which has its theme as ‘She Creates, She Transforms’, will hold between October 24 and 26, 2017 at the Convention Centre of Eko Hotel and Suites, Victoria Island, said other renowned facilitators drawn from all walks of life would give insight on selected relevant topics, ranging from Networking Etiquette, Women in Agriculture, Women Empowerment, financing options for businesses, among other issues.

She said the theme of the conference was carefully selected and would focus on the ingenuity of Nigerian women in the pursuit of innovative and practical solutions towards achieving sustainable development within her immediate sphere and community at large.

“You will agree with me that women are uniquely created, endowed with skills and blessed with creativity.

“As helpmates, we care for the family and impact our immediate environment positively.

“The woman out of very little creates, she transforms the little created to something bigger and better. Our transformation efforts extend to all facets of human engagement”, she said.

Besides, the wife of the Governor said there would be presentation of certificates of appreciation to notable individuals and organisations for their long-standing partnership and support for COWLSO, while an award of inspirational women of the year would also be presented to a distinguished Nigerian woman achiever, who has excelled in her chosen career, mentored other women and has supported the vision of the group.

The COWLSO chairman explained that buses would be stationed at Yaba, Mile 2, Berger, Agege, Iyana Ipaja and Ajah, to convey the women to and from the venue of the Gala Night expected to hold Wednesday, 25th October.

She also disclosed that the gala night will feature a raffle draw with opportunity for participants to win brand new cars and other mouth watering prizes.

Mrs. Ambode said the annual conference was part of the strategic intervention of COWLSO to support the activities of Lagos State Government, especially with regard to women development and empowerment.