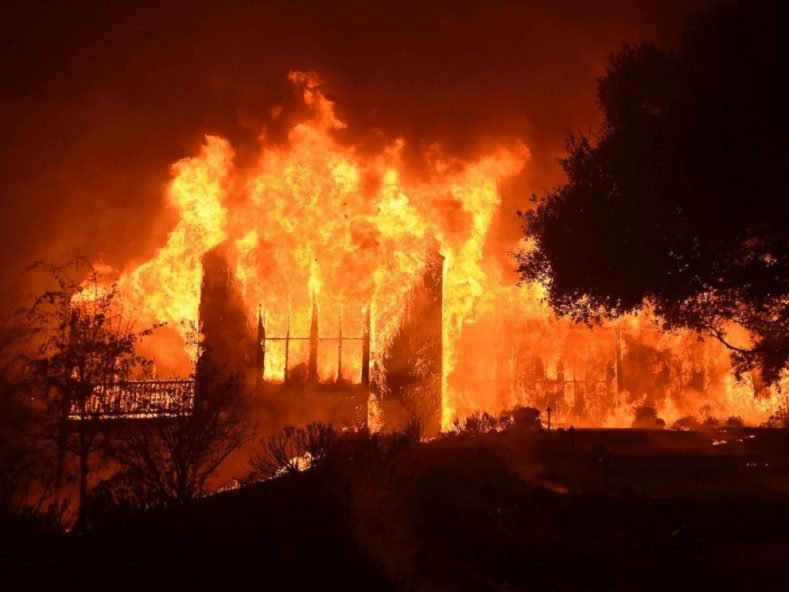 Firefighters battling deadly blazes in Northern California face a daunting new challenge Wednesday: Winds are expected to pick back up, threatening to spread wildfires that already have killed 21 people, destroyed hundreds of buildings and forced thousands of evacuations.

Most of the fires were ignited Sunday, driven by winds of up to 79 mph and dry conditions. The winds died down early this week, but gusts around 40 mph are possible Wednesday, and no rain is forecast for the next few days.

“Any time you get a wind gust over double digits, like 12 or 13 mph, that’s when embers can fly,” CNN meteorologist Chad Myers said. “Hot spots … will be fanned by the (winds) today.”

More than 20,000 people had been ordered to evacuate as of Tuesday night, and authorities were encouraging others to pack “ready-to-go bags” with documents and medicines in case they had to flee the fast-spreading flames on a moment’s notice.

Sonoma County Sheriff Rob Giordano had a suggestion Wednesday for people who’d been advised to be prepared to leave: Go anyway.

“Traffic is bad in the county. If we have to evacuate people, it’d be better to have you (already) out of the area. If you have a place to go, go,” he said.
“We are very concerned about all the fire lines, because of the wind they’re anticipating,” he said.

Of the 21 people who have died since Sunday night, 11 were killed in the Tubbs wildfire in Sonoma County, officials said. That makes the Tubbs fire, one of 22 blazes burning in the state, the sixth-deadliest fire in recorded California history, authorities said.

Giordano said he expects the death toll to rise, in part because authorities generally aren’t yet searching burned buildings for bodies. “We can’t even get in most of the areas,” he said Wednesday. “When we start doing searches, I expect that number to go up.”

Related Topics:California
Up Next