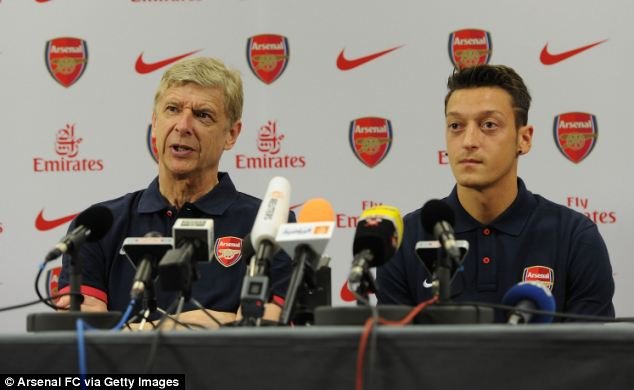 Arsenal have been drawn alongside BATE Borisov, Cologne and Red Star Belgrade

Its Thursday night football for some of Europe’s heavyweight like Arsenal and AC Milan as they return to the Europa League after failing to make the European Championship League.

But overall its a gain for the second tier of European tournament as these two teams along with others will add gloss to the Europa League.

The English club Arsenal return to the competition for the first time since their 2000 UEFA Cup final loss to Galatasaray.

Arsenal is not only expected to scale past the group stage of the competition, they are also pre-tournament favourites to win the trophy that Manchester United won last season.

Paired in Group H along with FC Köln, Crvena zvezda and BATE Borisov, the Gunners kick off their Europa League campaign at the Emirates Stadium when they welcome FC Köln.

Like Arsenal, AC Milan are also pre-tournament favourites following a roboust summer transfer that includes the signing of Leonardo Bonucci from rivals Juventus and the arrival of Hakan Çalhanoğlu, André Silva and Franck Kessié.

Although the Europa League is reputed for upsets, AC Milan is expected to progress to the next round.

The San Siro giants are in Group D along with Austria Wien, Rijeka and AEK Athens.

Some other teams to look out for in this year’s Europa League are Vardar who defeated Fenerbahçe in qualifying and are the first Macedonian side in a major group stage.

Italian side Atalanta return to Europe after 26-year absence to take on Everton.

Atalanta is yet to avoid defeat in three games in in the Serie A.

In all, 29 nations are represented in group stage; longest matchday one journey is Astana against Villarreal.

They cover a total distance of about 5,500km.