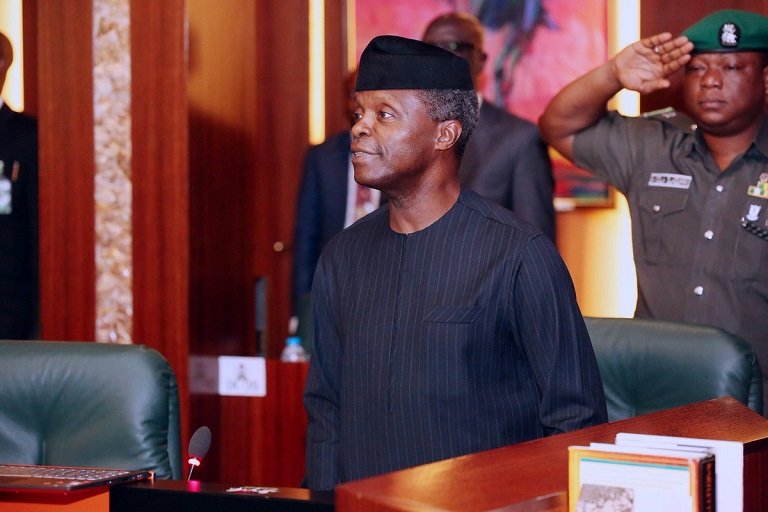 At NEC, Nigerian government agreed that there was a clear conclusion that policing the country and the entire law enforcement generally, cannot effectively continue without devolving policing and law enforcement out to the States.

But it was also noted that while the idea of State police requires constitutional amendments, the Community Policing Model must now be enforced.

According to the acting President, “we must enforce a model that democratizes security in such a way as to include everyone in the process of protecting themselves, securing their own lives and the lives of people in their community.”

He noted that “the simple advantage of the arrangement is that it means that it would involve the ordinary citizen in ensuring his security and that of his community.

“It must involve all local leaders, all structures of civil society. And on every street, the police ought to have one or two persons who can contact the police at short notice.”

The presidential directive to the Inspector-General of Police initiating community policing is pursuant to the provisions of section 215(3) of the Constitution of the Federal Republic of Nigeria 1999, as amended and section 10(1) of the Police Act Cap. P19, LFN 2004.

According to section 215(3) of the Constitution, “the President or such Minister of the Government of the Federation as he may authorise in that behalf may give to the Inspector-General of Police such lawful directions with respect to the maintenance and securing of public safety and public order as he may consider necessary and the Inspector-General of Police shall comply with those directions or cause them to be complied with.

The roll-out of the Community Policing Programme is intended to enhance crime prevention and control, improve intelligence-gathering capabilities of the police and deliver quality and people-oriented policing.

The programme will involve the community partnering with the police to uncover and solve crimes through a process involving Town Hall Meetings to assess security situation and security priorities of the communities, the performance of the police and the nature of the support the communities can provide to improve the quality of policing.