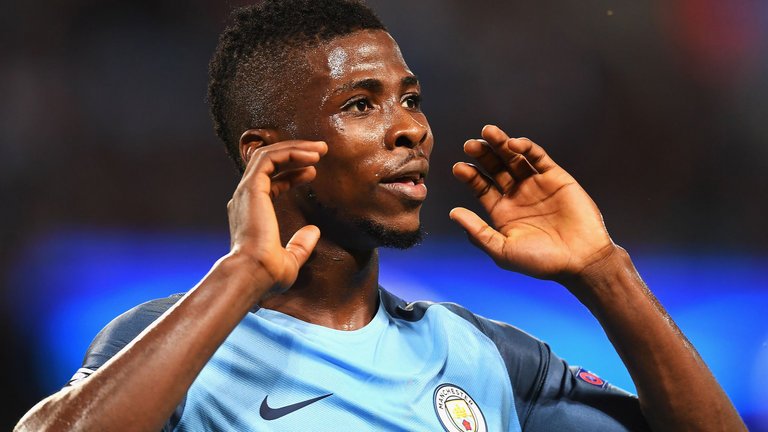 Kelechi Iheanacho has joined Leicester City on a five-year deal

The forward has agreed a five-year deal with the Foxes, having spent the last three years at fellow Premier League side Manchester City.

The forward has moved to the Foxes for a fee reported to be £25 million, with the 20-year-old signing a five-year deal at the King Power Stadium.

In two full seasons at Man City, Iheanacho played 46 Premier League games and scored 12 goals, but found himself behind Sergio Aguero, Wilfried Bony and Gabriel Jesus in the pecking order.

Iheanacho is eager to get started with Craig Shakespeare’s side, and is looking forward to becoming part of the Leicester first team.
“It feels good and I’m happy to be part of this team,” Iheanacho told the club’s official website.

Leicester boss Shakespeare is delighted with his new signing, believing that the club have signed one of the best young players in the Premier League.

“It’s a great signing for us,” Shakespeare said. “Kelechi is an enormously talented player that has shown a huge amount of promise at every level in which he’s played.

“We’ve tracked his progress for some time, so we know how much quality he’ll bring to the squad. He’s young, he’s hungry, he’s ready for the next stage of his development and I’m delighted that will be with Leicester City.”

I left Barcelona because I needed a new challenge – Neymar