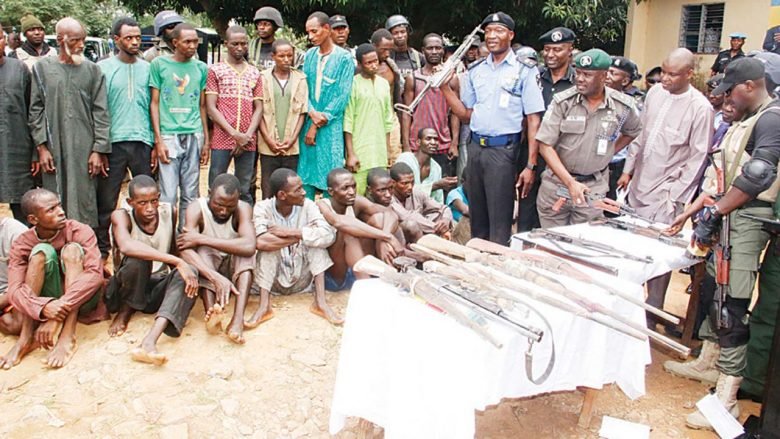 The Delta State police command has confirmed the arrest of two male teachers of a secondary school (names withheld) in Agbor who were allegedly involved in homosexuality.

It was gathered that the teachers have allegedly ruined the lives of some students in the school, a popular male secondary school. According to the father of one of the students, (name withheld), the suspects had been in the act with male students for over four years before nemesis caught up with them with the arrest by the police.

They were allegedly caught in the act inside the school premises and upon interrogation, confessed to the crime. Investigation revealed that the victims are currently being treated at the Agbor General Hospital for bruises in their anus.

The police image-maker in the state, Mr. Andrew Aniamaka, who spoke to journalists yesterday in his office, confirmed the arrest of the two teachers. He said the two suspects are in grade level 10 and 12 respectively, adding: “investigation is ongoing while the suspects are being detained.”

This is coming days after the Lagos State government arraigned 28 adults and 12 minors before a Lagos Magistrate’s Court for allegedly engaging in homosexuality, contrary to the laws of the land. They were all arrested by the police in Owode Onirin area of the state, after being caught in the act of homosexuality at a popular hotel in the area simply known as Vintage Hotel.

Meanwhile, as the police intensify its ‘operation absolute sanity’ along the Abuja-Kaduna Expressway, 40 more suspected kidnappers were over the weekend arrested. This is as the police rescued three victims from the kidnappers’ den, who have since been reunited with their families.

Police high command spokesman, Jimoh Moshood, a Chief Superintendent of Police (CSP), who paraded the suspects, disclosed that assorted arms, ammunition, charms and properties of their victims were recovered from them.

Moshood said: “The deployment of the Operation Absolute Sanity personnel by IGP Ibrahim Idris to tackle the cases of kidnappings in recent times on Abuja-Kaduna Highway have been yielding positive results.

“The joint Police team are under strict mandate to rout out kidnap for ransom and armed robbery gangs that have been terrorizing the Abuja-Kaduna Highway in recent times. The operation is to complement and augment the on-going Joint Police/Military operations on ground.

“The identified kidnappers’ dens, hideouts, camps and other black spots in the forest along Abuja-Kaduna Highway were stormed and raided by the operatives and in the process three victims were rescued unhurt without payment of any ransom. They have been reunited with their families.

“Some of the victims have identified most of the suspects as the people that kidnapped them. All the suspects confessed to the crime and admitted to various criminal roles they played in the commission of the crimes. They will all be arraigned in court on completion of investigation.”