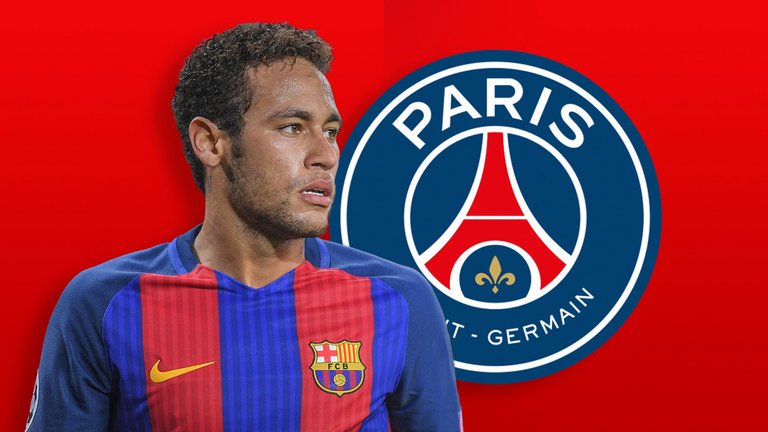 Neymar has completed his world-record move to PSG

Neymar has completed his world-record transfer to Paris Saint-Germain from Barcelona for £200m.

Barcelona confirmed payment for Neymar’s 222m euros buyout clause had been received earlier on Thursday, despite the transfer hitting a stumbling block when La Liga refused to accept the release clause.

Neymar has now signed a five-year contract at the Parc des Princes, where he will face the media on Friday and be formally presented as a PSG player when the club begin their Ligue 1 campaign at home to Amiens on Saturday.

“I am extremely happy to join Paris Saint-Germain,” said Neymar. “Since I arrived in Europe, the club has always been one of the most competitive and most ambitious.

“And the biggest challenge, what most motivated me to join my new team-mates is to help the club to conquer the titles that their fans want.

“Paris Saint-Germain’s ambition attracted me to the club, along with the passion and the energy this brings. I played four seasons in Europe and I feel ready to take the challenge.

Neymar also posted an emotional farewell to Barcelona on his Instagram, thanking the club and insisting the decision to leave was his own.

“I had the honour of playing with the best athlete I have ever seen in my life and I’m sure that I will never see another one like him while I’m alive, Leo Messi,” Neymar wrote.

“I love Barcelona but an athlete (me) needs challenges. And for the second time in my life I’ll contradict my father. Father, I understand and respect your opinion, but my decision is made and I ask you to support me as you always do.

“Now in my heart I feel it’s time to leave. PSG will be my home for the next few years.”

PSG lawyers had arrived at La Liga HQ in Madrid on Thursday morning in an attempt to put the finishing touches on a deal for the 25-year-old Brazil international, which is worth nearly £450m (€500m) including wages, bonuses and the buyout clause.

“It is with immense joy and pride that we welcome Neymar Jr to Paris Saint-Germain,” said PG president Nasser Al-Khelaifi. “Neymar Jr is today one of the very best players in world football.

“His winning mentality, strength of character and sense of leadership have made him into a great player. He will bring a very positive energy to this club.

“In six years, we have built a very ambitious project that has already taken us to the highest level of national and European football.

“Today, with the arrival of Neymar, I am convinced that we will come even closer, with the support of our faithful fans, to realising our greatest dreams.”